Dr M. Karamchand Versus The Mahatma 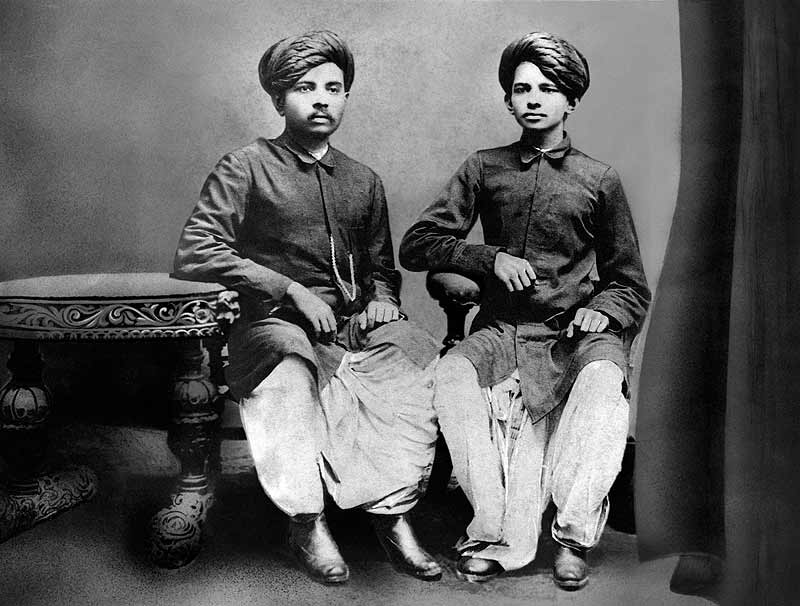 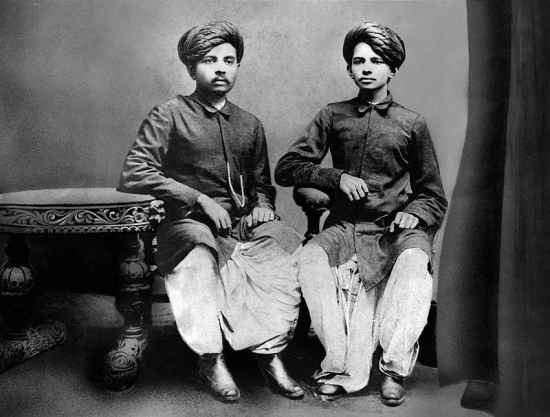 Imagine picking up a newspaper on the First of February, 1948, and reading the following obituary:

Dr Mohandas K. Gandhi of Porbandar, 79, physician, husband of the late Kasturba, and father of sons Harilal, Manilal, Devdas, and Ramdas. Passed away peacefully in his sleep, January 30, 1948.

That’s it. Nothing about the Indian Independence movement, nothing about satyagraha, nothing about a Great Soul. Just a short notice for a good man who worked all his life as a caring doctor.

This is the obituary we would have read had the 17-year-old Gandhi been able to follow what was then in his teenage heart—the desire to become a physician.

The year before Gandhi turned 17, his father—the family’s breadwinner—passed away. In the wake of his father’s death and in light of his family’s newfound need for income, the young Gandhi wanted to study medicine. Gandhi’s older brother, however, informed him that their father had, in fact, intended Mohandas for the bar. Moreover, a family advisor recommended law over medicine as a better path to securing a good paying position with the government. In the face of this pressure to change his mind, Gandhi conceded, and at the tender age of 18, found himself bound for England and the Inns of Court.

And that made all the difference.

At age 17, Gandhi lacked confidence. He was afraid of his own shadow. Repeated efforts at public speaking uniformly ended in disaster for the young Gandhi. Had he pursued medicine, he may have grown to be somewhat more comfortable with himself, but he likely would not have developed into a fully confident public person—one who can think, speak and act in public—for the practice of medicine does not typically take place on a public stage. Law does.

Gandhi would study law for three years in Britain and then practise it for 20 years—mostly in courts and other public settings in Durban and Johannesburg, South Africa. While the quality of legal practice in these cities in Gandhi’s time was not the equal of practice in Bombay or London, appearing in court anywhere takes no small amount of courage—and it was in court that Gandhi found himself after relocating from India in 1893. The courts of South Africa proved to be the perfect hothouse for raising the shy and timid Gandhi into a public person. By the time he left the profession of law in 1911, the Gandhi who was earlier paralysed by the very thought of public speaking was capable of holding forth without notes for hours at a time and unafraid of speaking to crowds of thousands.

The law did not simply give Gandhi his voice. It also gave him the opportunity to make that voice a forceful one. At the time Gandhi began his practice of law in British South Africa, the area was home to tens of thousands of Indians who had been exported to South Africa to serve as indentured servants on tea and sugar plantations. When these servants became free of their indentures, they remained in South Africa. Gandhi went to South Africa to represent the interests of the large and prosperous Indian merchants who came to service this community. As these merchants successfully expanded their businesses to cater to European customers in the colonies, they threatened the interests of established European businessmen. As a result, white colonial governments conducted a long-running attack on the rights of Gandhi’s clients and, indeed, the entire Indian community.

As the only Indian lawyer in South Africa, it was Barrister Gandhi to whom his countrymen turned for protection. This forced Gandhi to come into opposition with the most powerful governmental, political and economic forces of his day. During a short period of time in Durban, for example, he took on the superintendent of police, more than one trial judge, the Natal Government Railway, a Supreme Court justice and the Natal colonial government. The result? A youngster who lacked courage turned into a man who feared no one.

The repeated, persistent, and ultimately, predictable refusal of the legal system to render justice to South Africa’s Indians slowly but inexorably frustrated Gandhi. It drove the lawyer out of the system and into the arms of civil disobedience. To protest injustice, Gandhi and his compatriots went to jail in South Africa by the thousands—and did so until they wrung a measure of redress from the white colonial government there. In the course of all this, Gandhi came to understand the powerful dynamic in the law that converts the sacrifice and suffering involved in civil disobedience into social change. The great nationalist leader who would conceive of and lead the Salt Campaign in 1930 learned his lessons from the South African barrister whose failure to get justice from the courts set the stage for his turn to civil disobedience at the start of the 20th century.

The world can thank those who advised the young Gandhi to forsake medicine for the law. The law not only gave Gandhi his voice, but it also prompted Gandhi to give the world the gift of non-violent civil disobedience as a tool for social change—a signal development the consequences of which threaten oppressive regimes even to this day.

Charles DiSalvo is the author of The Man Before the Mahatma: M.K. Gandhi, Attorney at Law

The Year When The Consensus Broke Down