A national dish for India? Cut out the curry, the dosa has searing ambitions. 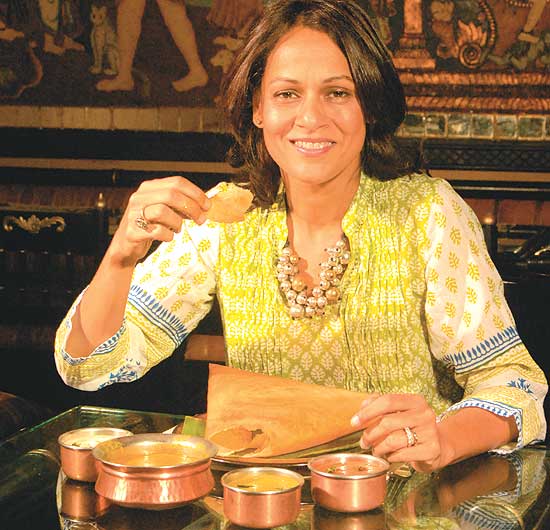 In Looking Through Glass, Mukul Kesavan exhibited the classic cunning of the Indian intellectual. Faced with the question of naming a national dish, his narrator ducks and suggests instead a tricolour banquet, with delicacies drawn from various regions across the country.

It’s a clever and diplomatic solution, given the alternative. Scotland’s national dish, haggis, pays obeisance to that country’s sheep-rearing past, by stuffing sheep’s intestines with oatmeal, mixed meat and blood. (Scotland’s unofficial dish is technically vegetarian, but is considered culinary barbarity—Mars bars, coated in batter and deep-fried.)

Foie gras is for political and other reasons not officially part of France’s heritage, but in 2005, the country announced that goose livers, however unpalatable they may be to the animal rights brigade, were to be considered part of its proud culinary heritage—by law. And several countries across the Middle East proudly claim credit for being the first to serve sheep’s eyeballs to (suffering) visitors. (They are mentioned in passing in the Arabian Nights.)

If we were to follow suit, we might find ourselves ransacking the Nimat-nama and other medieval cookbooks for peacock recipes, economically combining the demand for a national dish with the presence of a national bird. There’s an ancient Rajput recipe for goat stuffed with peacock, while the ingredients for a banquet in Jehangir’s time lists the quantity of gold leaf required to coat a hundred roasted peacocks, along with helpful suggestions on how to place the feathers back on the cooked bird for maximum presentation points.

But tricolour peacock pate or peacock biriyani is destined never to grace our August 15 tables. In one sense, it fulfils all the requirements of a national dish: it’s an equal-opportunity shocker, guaranteed to offend vegetarians of all religious persuasions, environmentalists and bleeding-heart liberals. Given the fragility of these sentiments, a wise writer of this sort of article would hastily remove it from her hypothetical menu, before the guardians of India’s cultural mores start rumbling ominously.

But why do we need a national dish in the first place? It’s a good question. Given that this is a country where a tiny shift in dialect can be enough to split a state, and where arguments continue over whether clubs in the 21st century shouldn’t wake up to the fact that the British have left the building and allow its members to sport dhotis, the debate over what would be the perfect national dish is bound to be fraught. And in India, given the number of contenders from biriyani-pulao to tandoori chicken to bhelpuri to dosas and paranthas—and the infinite variety of regional variations—we could spark off the desi version of the Boston Tea Party: the Indian Chai and Curry Riots.

Even Wikipedia, that unfailing source of dubious information and debatable facts, sensibly shies away from naming India’s national dish in its otherwise long list of what’s on the world’s tables—though it does, tentatively, offer chai/lassi as our national drink. (Thereby offending, and uniting, ‘kapi’ drinkers across the country, whether they take their brew French-press style or in time-honoured filter fashion.)

This should be simple enough. Given that biriyani, pulao and khichdi are part of the Indian palate, and that a rough three-fifths of the world’s nations have some kind of rice dish as their national favourite, surely we can anoint some combination of rice-and-veggies or rice-and-meat? Not so. Aside from the fact that wheat-eating regions will have their sentiments damaged, there’s the tricky question of which recipe you choose. The classic, plain vanilla dal-and-rice khichdi has over 60 variations. Choosing a Lucknawi biriyani over the Hyderabadi kacchi biriyani over, say, a classic coastal seer fish biriyani is beyond my capabilities. And we haven’t even got to the pulaos yet. 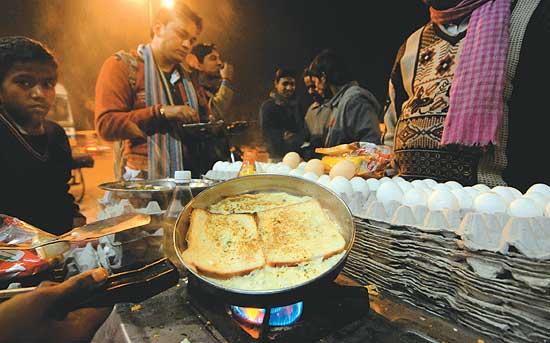 The same issues crop up with almost every dish you might offer. Bhelpuri is present in most regions of the country, as is its predecessor, the humble dalmoth mixture—but Bombay claims the bhel, which makes it far too urban a dish, and it is almost absent from the further reaches of North India. The ubiquitous bread omelette seems, at first glance, to be a unifier—it’s the hostel food of necessity across the country—but it contains eggs, alienating most of sattvik and pavitra India, and is, to the best of my knowledge, unsanctified by tradition and unmentioned in the Vedas.

The samosa seems promising—but then we would have to acknowledge the possibility that it’s actually the sambusak, brought into India by marauding traders who borrowed this from their travels along the spice route. Even the khichdi is tainted by the British insistence on adding flaked fish and hard-boiled eggs to a much drier rice-dal blend, and renaming it kedgeree. It’s hard to escape the alien taint, whichever way you look.

History revisionists, and apologists for the tendency of heartland Bharat to ignore the Northeast, might urge that we adopt either the momo or chowmein, both of which have travelled well around the country, and been forgiving of adaptation. Chowmein, in particular, should please the post-liberalisation generation. Instant noodles were for a brief while in the 1980s the most identifiable, and affordable, signal of a new modernity, and feminists might argue that Maggi did more to free women from the drudgery of domestic work than a thousand scholarly rants. But chowmein isn’t as ubiquitous across India as, say, the equally alien import of the pizza is in America: it fails the railway station test, which requires that any national dish be by and large available at most of the stations of the cross from Kanyakumari to Kashmir.

Given the complexities of the problem, why can’t we do without a national dish? The answer, in one word: curry. As generations of Indian food historians from the venerable K.T. Achaya onwards have pointed out, there is technically no such dish as curry. There’s a curry leaf; there are different kinds of curry powders and masalas, though these must not be confused with the post-Raj abomination known as Madras Curry Powder; and you might admit at a pinch that to curry a dish is to use a combination of specific cooking techniques.

The problem is that given our reluctance to anoint a national dish, we’re stuck with a non-existent version—the phantom Indian curry. In the popular foreign imagination, a dish of curry is pretty much the way the ambassador to Jehangir’s court, Thomas Roe, described it: a mess of spices in an inexplicable gravy. Roe redeemed himself by noting the plethora of sauces that went into the makings of different kinds of curry, but to the world at large, “curry” conveys the sense of a kind of spicy, mouth-burning hodge-podge.

The UK adds insult to injury by dubbing any Indian meat dish with a fiery, coconut-infused gravy a “vindaloo”, causing the ghosts of Portuguese seafarers past to turn in their graves. And a recent survey in the UK revealed that chicken tikka masala rivals fish ’n chips in popularity as the national dish. This might seem like the revenge of the empire, but consider this a moment: the ctm was invented by a cook in a Bangladeshi restaurant and its main ingredients include Campbell’s tomato soup. To settle for curry, conjuring up in most minds this bastardised concoction, would be to insult India’s centuries-old culinary traditions most grievously.

That leaves an insidious staple, as popular as the bread-omelette, more ubiquitous than the chowmein, found in pre-Mughal if not quite Harappan India. The dosa has crept into our lives in a quiet revolution, a stealthy and entirely bloodless coup. It can be found in dhabas in the Himalayas, stuffed with exotic ingredients in five-star restaurants—no one has yet invented the black truffle dosa, but some of us bet that this is only a matter of time. It can be stuffed with paneer, or with chicken and keema fillings for the unregenerate carnivore, but it’s the masala dosa that flies its flag across India.

And best of all, it is guaranteed to offend everyone equally north and south of the Vindhyas; the true Chettinad or Syrian Christian purist finds the masala dosa an abomination, and the North Indian culinary enthusiast is horrified at the pan-national appeal of this South Indian invention. You can even, experimenting with spinach and carrot fillings, create a suitably tricolour masala dosa, while retaining the potato stuffing that is the trademark of the true Udupi stalwart. We can continue to argue over the rest of the menu for a genuinely nationalist Indian banquet, but for the moment, the dosa gets my vote.

(The author was editor of A Matter of Taste: The Penguin Book of Indian Writing on Food)