Is art criminal? The case of a graffiti artist in Srinagar poses that simple question to all of India. It’s not only Gaza that’s bleeding. 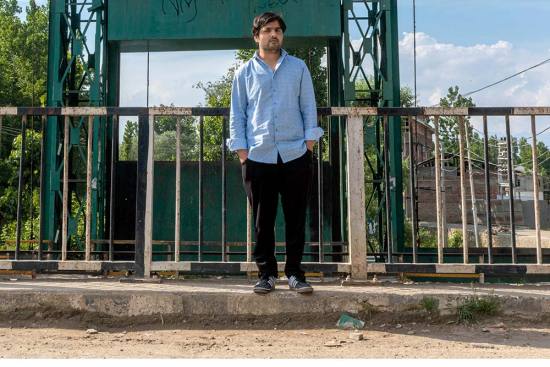 Every stranger sounds like a cop to Mudasir Gul, 32, an artist detained recently for graffiti showing solidarity to Palestine. While painting the words “We are Palestine” with the weeping face of a woman, her head draped by a Palestine flag, on the gates of a flood spill channel on the Jhelum in Srinagar, Gul had not imagined he was inviting police action. Demonstrating solidarity with Palestinian people has long been a popular political tradition in the Valley, and graffiti one of the common means. On May 14, when Israel was hitting Gaza with missiles that killed civilians, Gul thought that telling Palestinians are not alone in their pain through graffiti is the least expected from an artist like him. Now he says his first graffiti, which caused his detention, was also his last. “I won’t do graffiti again. Isn’t it illegal?” he asks and then answers himself, “Yes, it is illegal. That’s why people say it is safe to do graffiti only in the darkness of night.” He says it has become difficult to talk.

Graffiti is everywhere in Kashmir—on bridges, walls, riverbanks—always in support of ‘azadi’ (freedom), and sometimes in support of militants and Pakistan. And most have black or white paint over  them, reminders of the relentless efforts of government forces to wipe them out. Sometimes graffiti can be seen below the coats of paint.