People see harsh laws being invoked against those who dissent but the ordinary law of the land is either not enforced or done in a way that appears an eye-wash. 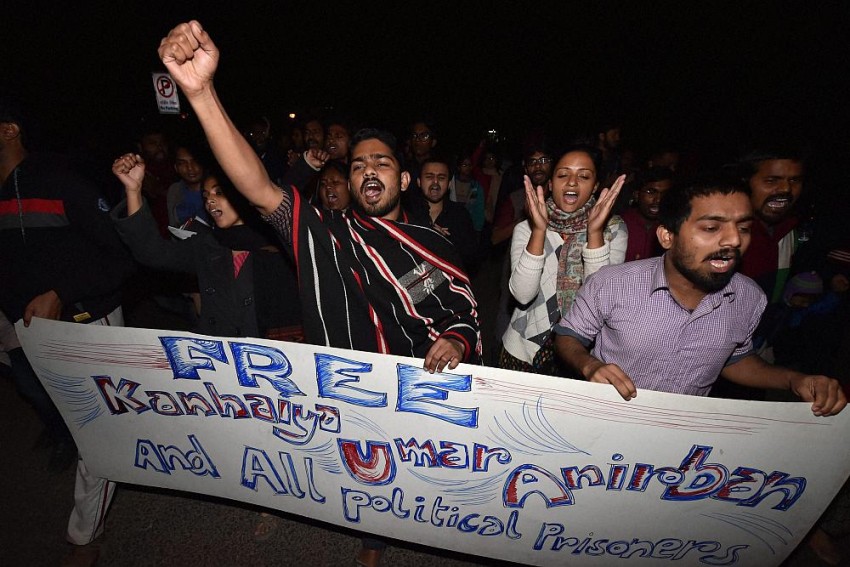 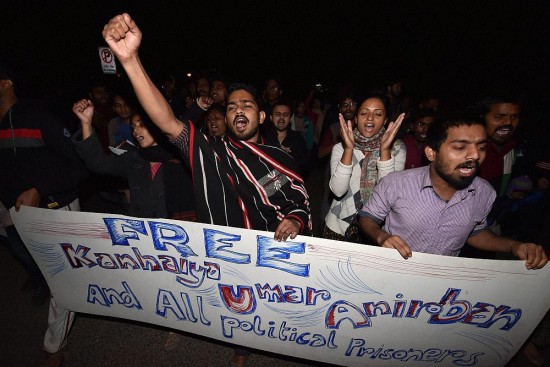 The events in India during the last few months call for discussion, dialogue and concrete action. But it does appear that the national debates are all about the wrong things. Or perhaps we are reduced to debating about something we should all be able to take for granted after almost 70 years of Independence – the freedom to debate!

The JNU has always stood out as an academic centre of excellence, a place for critical thinking, debate and dialogue (the latter emphasizes listening, rather than shouting) and mistakes will be made which need to be addressed but do the objectionable slogans, shouted by a few, warrant police intervention and immediate sedition charges? Do clashes between two student groups in Hyderabad warrant the suspension of only one side, that too, at the direct intervention of central authorities?

On the other hand, enforcement of ordinary law and order, under the full gaze of the police force, in a protected area like that of the courts, not once but on successive days, is blatantly ignored. The case of the attack on the Latur police sub-inspector of a minority community is another striking case of some groups being allowed to take the law into their own hands.

Are these only isolated cases of dereliction of duty or is there a pattern? Eminent people, from all walks of life, acknowledged and awarded by the country for their contributions to India, seem to see a pattern of intolerance. They see harsh laws being invoked against those who dissent but the ordinary law of the land is either not enforced or done in a way that appears an eye-wash.

What is the dialogue we plead for? The precious lives of the millions of common powerless people in India and what affects them – isn’t this worth the centre stage? Thousands of farmers are committing suicide because of relatively small loans they cannot repay, while the national banks are writing off thousands of crores of what are euphemistically called NPAs. Our cities and even the rural areas around them are choking in smog even worse than China’s, the health of our people, especially of children, is being severely compromised, but environmental laws are being relaxed across the country in the name of corporate development.

Even Bill Gates, the technology moghul and icon of the capitalistic world, wrote a few days ago that, “only an Energy Miracle can save us” and yet groups campaigning on environmental issues in India are being labeled and prosecuted as anti-national. Education is a crucial need of the hour with the demographic dividend of millions of young people but the allocation to education and even to regular scientific research, already woefully inadequate, has been cut further during the last two years, inspite of wonderful pronouncements of a high growth rate of 7%+ (should this increase not be reflected in something so crucial as education?).

The state of public health may be even more precarious, with local health authorities worried of a major set-back in campaigns against HIV and TB, due to the unimaginable cut in public allocation of finance for health in the country. Our suburban trains in Mumbai and Thane are so overcrowded at peak times that every day an average of 5 people are falling off and losing their lives in the effort to get to work (life unfortunately is cheap when it comes to ordinary people), yet we all know that the attention and finance allocated to Bullet trains and Metro lines, desirable to some of us as they are, will not be affordable to those who are forced to take the ordinary public transport.

So, isn’t there an emergency situation in India, regarding the precious lives being lost or degraded, which we should all be dialoguing about? This is not about supporting any of the political parties vying for power. It is about joining in the development debate and taking sides – what are the best options open to our country to deliver authentic development in terms of human welfare to the majority of women and men in India – not just the lucky few.

The worst method of doing this is to muzzle the young, the student, the member of civil society who raises an issue, the people who are ready to and can make a difference. The human right of free expression and of profession of belief and ideology is what the international community and our Indian Constitution bases itself on. Encouraging animal spirits, foreign investment, international collaboration in facing the immense challenges of the globe and specifically of India, cannot be done along with the trampling of human rights.

Protests from students, scientists, public figures, ordinary people from civil society and all interested in true human welfare in our nation, will bring forth results because the international community is watching. Those who we have entrusted with the task of governing, we are sure, will be responsive to people’s participation and will keep in check, through the ordinary means of law and order, groups that want to distract the nation from what concerns the lives of the millions. And if intolerance, or rather, dereliction of duty to protect human rights, is allowed or encouraged, the motives of the ones in authority will be clear to all.

(Dr Frazer Mascarenhas S.J. is the former Principal, St. Xavier’s College, Mumbai; he is presently involved in non-formal education for slum children in Mumbai and Thane.)