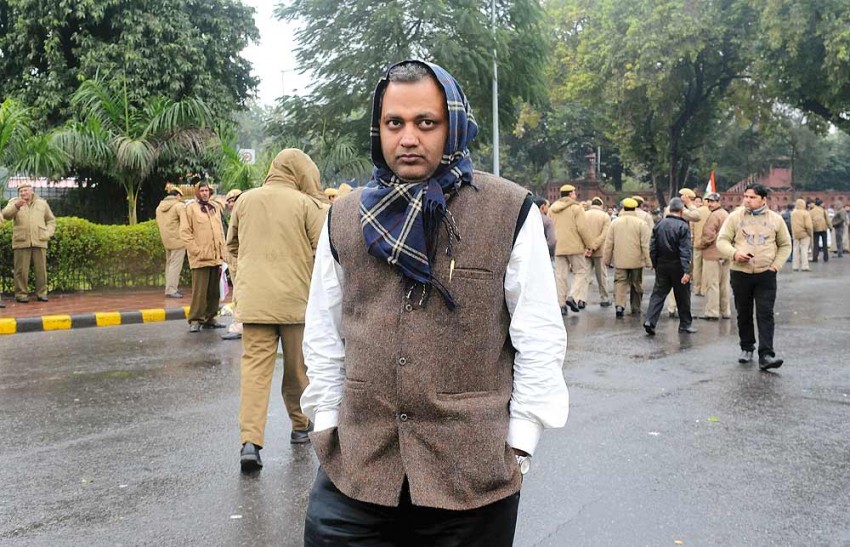 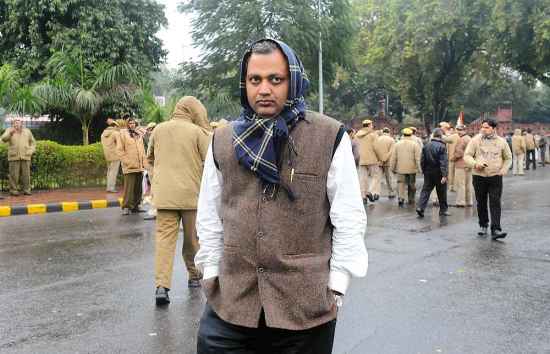 You had several options before you, like writing letters to the police before taking the step of raiding Khirki extension on January 16 following complaints from the people living there. Did you follow the standard operating procedures available to you?

There were more than 20 complaints from the people in the area. Some of the complaints had been sent much before AAP came to power in December. As an MLA from Malviya Nagar, Khirki extension falls in the area, I should at least stand by my people. I also felt, unless and until I witnessed with my own eyes what was happening in the area, I would not take any action.

So, you decided to go out and confront reality with a mob?

I drove my car after getting a message around 11 30 pm that people had started assembling. There was full-on activity of buying and selling drugs and cars had started lining up. I got into my car with my volunteers.

Are you saying, you did not lead a mob?

I did not lead any mob. In fact, on the way, I had asked a PCR to come along and had instructed them to switch off their lights. When I went there, it was a scene to see. Worse than GB road

What did you see?

People were openly selling drugs. And I did not go with the intention of targeting anyone on the basis of colour. Just those who were buying and selling dugs. Don’t make me out to be anti-women or anti-Africans. I have a daughter too. And I think most of the women who were being forced to sell themselves are victims.

So, you ordered that they be arrested without a warrant?

How long does it take to get an arrest warrant from a magistrate? We have evidence of the police catching hold of a girl. I had asked the cop to get women constables after the locals pointed out to a house that appeared to be the centre of this trade. And the SHO arrived after almost an hour and he arrived with a couple of people and two female constables.

You just barged in?

No, a decoy was sent and he was asked Rs 10,000 for a night with the women. What I saw inside made me feel like throwing up. There were many women in the house. The girls were all being lined up. I asked the cops with me to raid the place but they refused. I said, you will become an ACP if you raid. You will be rewarded for the good work. The cops said they didn’t have a warrant. I said, get it. My questions is: What about now? Have they raided the place yet? I felt helpless. If as an elected MLA and a minister, I cannot ask the police to raid, what are the options before the people? I made 100 calls that day and asked for police force. I was also worried and scared that something fatal might happen.

Don’t you think, you may have precipitated matters?

I didn’t and there is enough evidence to suggest I did nothing of the sort. While this was going on, a Maruti van (Omni) stopped in the middle of the road with four girls.

And your supporters gheraoed the car?

I enquired from the driver of the car who said, they had come from Dwarka and the girls were picked up from a bus-stand on the way. I asked the police to search the car and again, they said they had no warrant to search. Frankly, I was getting nervous and suspicious as I saw a constable open the van door. I could see what was happening. Perhaps he was destroying all signs of drugs in the car.

Your supporters have been accused of molesting the women and forcing them to give urine samples in public. How can you take the law in your hands?

I didn’t. I asked the police to initiate action and they didn’t. They said ‘we will take them to the thaanaa’. I was aghast as I knew what would unfold in the thaanaa. They are all hand- in-glove in this drug and prostitution racket

Don’t you think you should allowed the police to investigate instead of taking matters in your hands?

That’s my point. They didn’t. I said take them to AIIMs. They agreed to taking them to AIIMs as that would give them time to empty the contents of the car.

What do you think the car was filled up with?

Drugs and condoms in the glove box and I was aghast.

Is carrying condoms a crime?

No, but carrying drugs is a crime. I followed the car but before I could do that two cars blocked my way. I took a U-turn as I was familiar with the way. I reached AIIMS and requested the police to take urine and blood samples. The women refused. I also found a trail of white fluid from the car but the the cops refused to call in the forensics to check. The cop said, till an MLC is done he would not check. They assured him that they would seize the car to examine it and that was my biggest worry as I was sure there was nexus between the drug dealers and the cops and the women were victims.

Are you accusing the SHO of misdemeanour?

This is the same SHO who just a year ago had dragged women out of their homes. All I can ask Arun Jaitely is thodaa raham karo. I am not insensitive as you make me out to be. This is the same SHO against whom complaints have been written in the past. What about the girls who just ran away? I am not targeting anyone. They are like my sisters and they need protection. I suspect they don’t even have passports and they may have been trafficked.

Was this entire agitation called to protect you?

I can assure that the CM of Delhi would not even blink if he wants to remove me.

Is His Story Playing Out As Farce?