Reports and official figures paint a rosy ­picture of service sector jobs growth, but how real is it? 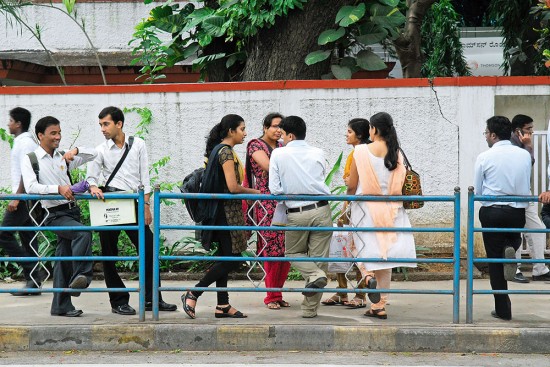 What’s the real jobs situation in India? The government’s planning and policy body NITI Aayog says 6.22 million jobs were created in 2017. The Prime Minister’s Eco­nomic Advisory Council puts it at more than double that number—it says 15 million jobs were created last year. The prime minister himself put the figure at 7 million in a speech early this year. And now amid the ensuing controversy over the robustness of government data on employment generation, an ind­ustry-based survey, the Nikkei India Services Purchasing Managers Index (PMI) report, claims that in April the country saw the “best round of job creation since March 2011”.

As the survey by Nikkei, a media organisation, is based on feedback from purchasing executives at 400 private service sector companies, can it be said to reflect the true state of the economy, considering that the organised sector acc­ounts for less than 20 per cent of total employment in the country? Also, how much credence do economists give to Nikkei’s PMI rep­ort? Rupa Chanda, head, United Nations Economic and Social Commission for Asia and the Pacific (UNESCAP) subregional office for South and South-West Asia, states. “The PMI survey is only a gauge of perceptions about the economic outlook. I would not put a very big emphasis on it. The numbers are not to be taken as seriously as GVA (gross value added) or credit growth, etc., which are more tangible indicators of economic performance.”