Minister of state for home Kiren Rijiju on l'affaire JNU. 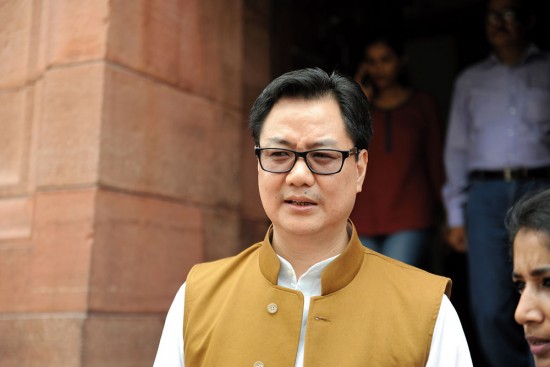 Minister of state for home Kiren Rijiju says the Congress and the Left orchestrated the violence at JNU and at the courts. He spoke to Meetu Jain. Excerpts:

On l’afffaire JNU: There are two issues. The raising of anti-India slogans where sedition charges have been framed. And a law and order situation at the courts. If there are lapses on the part of the police, corrective steps must be taken. We cannot protect anybody if there has been an attack, whether on journalists or others.

On sedition case: It is before the public. We are not taking action on the basis of our intention. It is on the basis of an actual incident. The students fraudulently obtained permission. They said it is a cultural evening, did not men­­­­tion Afzal Guru. Slogans were followed by incitement of the crowd. This is inciting violence. Their conduct was not proper.

On whether students had a hidden agenda: Democratic Students’ Union of India is a front organisation of...

Outlook Web Desk / The BJP government has fulfilled every promise mentioned in the Lok Kalyan Sankalp Patra in 2017, he said and voiced confidence that the party' tally will cross 350 seats in the 403-member House in the 2022 assembly polls.