While demonstrating how the aura of the Bradman legend lives on, Perry also brings to light some of the unworthy traits of the legend's character. 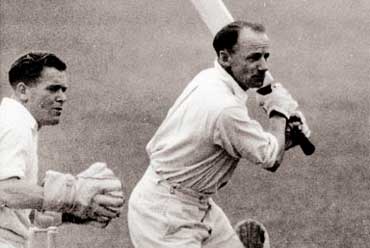 Roland Perry's Bradman's Best, is arguably one of the best cases of a cricket enthusiast's fantasy. Enroute to becoming the best advertisement of this age -- old fancy, now buoyed by the fantasy game super selector, it has led a series of past greats and ordinary followers of the game to follow suit with 'Best's' of their own.

Empirically rich in research, the book is a valuable contribution to the existing archive of cricket literature, a contribution that, however, loses its significance somewhat in the absence of a bibliography and detailed endnotes.

In demonstrating how the aura of the Bradman legend lives on, Perry also brings to light, though in an obscure manner, some of the unworthy traits of the legend's character. Bradman's bitter rivalries with Fingleton and O'Reilly, his indifference towards racism, are elements often ignored in analyses of Bradman, facts buried under the weight and volume of his unparalleled achievements.

By virtue of being titled, Bradman's Best, this book's marketable potential is doubtless, enhanced by the author's noble proclamation of donating part of the sale proceeds of the book to the Bradman Museum. In describing the careers of each of Bradman's choices, Barry Richards, Arthur Morris, 'The Don' himself, Sachin Tendulkar, Sir Gary Sobers, Don Tallon, Ray Lindwall, Dennis Lillee, Alec Bedser, Bill O'Reilly and Clarrie Grimett with Wally Hammond as twelfth man in detail, Perry, even if inadvertently, brings before us a brief history of the game spanning the past seventy five years.

In doing so, he highlights the growing concerns of many of these players, often battling with poverty, with the commercial potential of the sport, a concern that went hand in hand with cricket's evolution from a pastime to a global spectacle under Kerry Packer.