Done In By The Dust 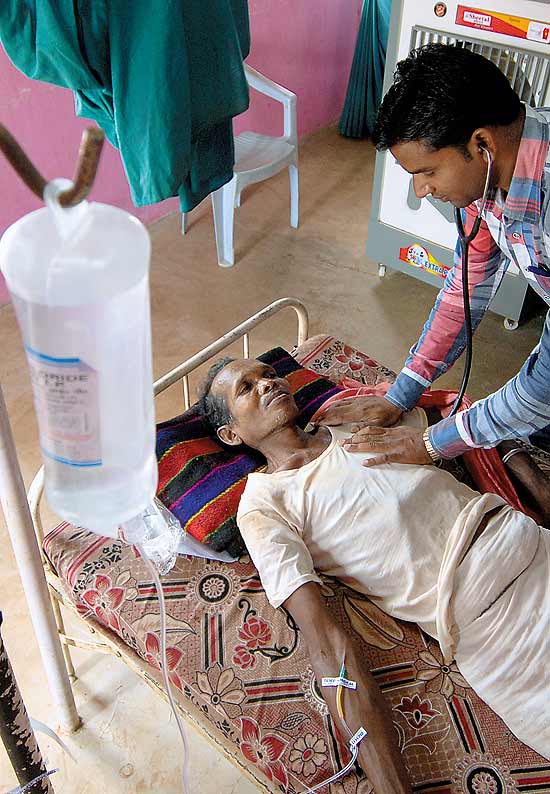 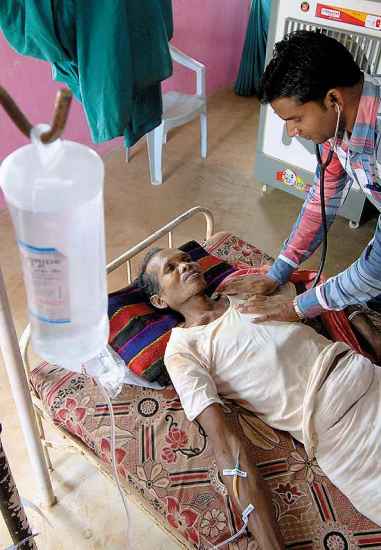 The labour class, a great contributor to development, is the one to pay the costs of development. And so, despite environmental and lab­our laws, over one crore workers in India run the risk of silicosis, a lung disease caused by inhalation of silica dust in occupations such as cement-, glass- and brick-making, quarrying, mining, road-laying and all aspects of construction. Every year, silicosis kills about 30,000 people. Many of them die without treatment; their families seldom get due compensation.

Silicosis was once known as miners’ disease. Inhaling dust at work for years, miners end up with lung fibrosis. Ancillary infe­ctions like TB complicate matters. The deaths can be painful. Silicosis is incurable as the lung damage is irreversible; treatment aims at curbing ancillary infections and alleviating symptoms. Earlier, it was prevalent in western and central India and associated with mining and regional industries such as slate-pencil and chalk manufacture, ceramics factories etc. But with rampant development and construction, silicosis cases are seen in all regions.

“There’s development and construction everywhere in India now, so the disease has widened,” says S.A. Azad, of People’s Right and Social Research Centre (PRASAR), a voluntary group. “An Indian Council of Medical Research (ICMR) study admits to the widespread prevalence of this disease, so why is the government not looking into this more seriously? These people who are dying don’t have a voice, which is why the government is treating them this way.”

Construction work and all its feeder industries expose workers to silicosis, in which lung damage is irreversible.

In response to a direction from the Supreme Court in 2009, the National Human Rights Commission (NHRC) made several recommendations on preventive, remedial and rehabilitative measures against silicosis. It has been asked to work with all stakeholders—companies, workers’ unions, the Union labour and health ministries, state governments and other agencies. Tackling occupational diseases requires the participation of several agencies, which is why there is such lack of focus.

“While silicosis is recognised as an occupational disease by the government, there is nothing being done to ensure proper safety equipment for labourers or even compensation,” says Samit Kumar Carr, secretary-general of the Occup­ational Safety & Health Ass­o­ci­ation of Jharkhand. “Cor­­r­uption is rampant and despite notices from the Supreme Court and the NHRC, we are still struggling to push the government to implement its own laws.” In Jharkhand alone, he says, there are 30 lakh workers suffering from silicosis, getting it from work in mines. Others run the risk in ramming units, stone crushers, iron ore crushers and other occupations in which dust is a given.

One problem is that many of these occupations are in the inf­ormal sector, so workers are not registered. Says a senior res­earcher at the National Institute of Occupational Health, Ahme­dabad, “We have been working to address this issue but the unorganised sector is a huge hurdle. Workers are not registered, so they are not entitled to any medical care and compensation.” The health ministry, under the National Rural Health Mission (NHRM), has set up a five-member cell which is planning pilot projects to tackle the disease in vulnerable districts, some of them in Jharkhand. There is also a plan to set up occupational disease diagnosis centres.

All that might not be enough. To see labour safety measures put in place, to get workers registered, ensure that employers arrange for treatment and clear compensation claims—all this requires strong and concerted action. Meanwhile, a deadline looms: the Inte­rnational Labour Organisation and the who aim to eliminate silicosis globally by 2030. That will be difficult for India to contribute to. For, say activists, the average lifespan of labourers in industries with the risk of silicosis is 35 years, and workers who have been exposed to dust for up to seven years are 100 per cent bound to have the disease.

‘A Crime, Not An Auditing Mistake’