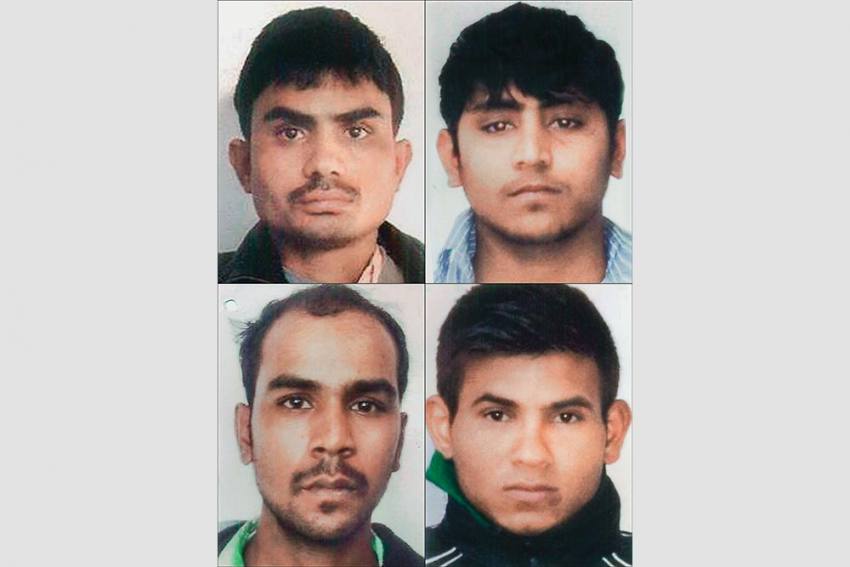 To Hang Or Not
The four convicts in the 2012 Delhi gang-rape and murder case
Jeevan Prakash Sharma March 12, 2020 00:00 IST Doctor Hangman 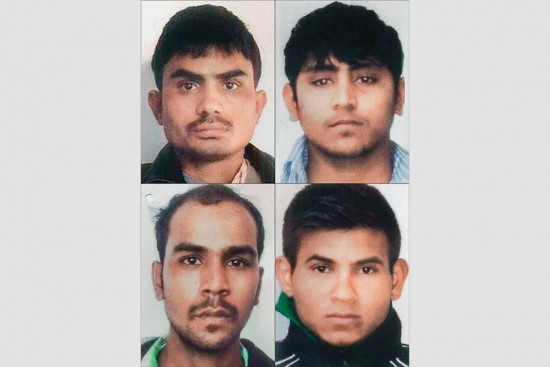 Can a doctor oversee the death of another person, even a rape-murder accused? It’s a question that hangs over a jail procedure that mandates presence of a medical officer for the scheduled hanging of four death-row convicts in the 2012 Delhi gang-rape case. The sessions court has issued death warrants, directing Tihar Jail to hang them at 6 am on March 20. The four convicts have just about exhausted all mandatory judicial remedies.

The Confederation of Medical Association of Asia and Oceania has, however, condemned the role of a medical practitioner in hanging death row convicts. The Delhi Jail manual warrants the presence of a medical officer before and after the hanging. K.K. Aggarwal, president of the association, says India is the only country where a doctor certifies the fitness of a death row convict before hanging and also confirms death.

“This is completely against the ethics of medical practice. A doctor’s role is to save life, not to certify fitness for hanging,” Aggarwal says. From initial preparation for hanging till sending a report of the execution to the court, the doctor plays a vital role at every step.

He inspects the rope, decides the length of the drop a convict should get for quick death, witnesses the execution and inspects the convict’s pulse and heartbeat to certify if he or she is dead. Prisons across the country have doctors to take care of inmates’ health iss­ues. They also perform these pre- and post-execution formalities.

“What can be more unethical and cruel than this for a doctor? The provisions of the jail manual are contrary to the code of ethics of the medical profession. The State can adopt any method to kill a person without involving doctors,” Aggarwal says, demanding immediate amendment in jail manuals.

All four death-row convicts are trying to explore any loopholes in the law book to stall the execution. Hanging can only be postponed if a convict rep­orts any ­serious physical illness or mental instability. One of the convicts, Vinay Sharma, had claimed mental illness but jail doctors dismissed his claim. The court too rejected his plea.

Another convict, Mukesh Singh, too has filed a fresh petition in the Supreme Court and demanded restitution of his legal rights to file fresh curative and mercy petitions. Singh has questioned the credibility of his previous lawyer Vrinda Grover. The Supreme Court will hear the matter on March 16, four days ­before their scheduled hanging. If the court entertains the petition, the hanging might be postponed again.