India’s ruction, on superpowerdom and China, needs to be hushed 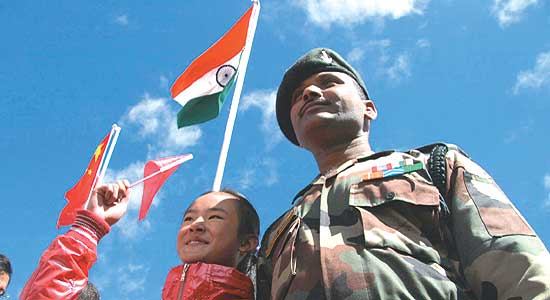 The other day I happened to stumble across this line from an editorial in an Indian newspaper: “India’s eventual ascension to global superpower status is all but assured,
but it cannot be upset or offended if there are hurdles along the way.” Having been asked by Outlook to address “the new global role for India”, it would be difficult to sidestep all this talk of India’s impending superpowerness. It seems worth beginning at least by specifying what India’s global role is unlikely to entail.

Hubris can be a damaging thing. Countries that overestimate their power, including George W. Bush’s America, tend to fall flat on their faces. To be sure, India is highly unlikely to embark on any “wars of choice” in the near future. But New Delhi should be wary of any missteps in its relationship with China.

There are a number of influential hawks in India who not only predict a future confrontation with China but seem, at times, actually to will it. China is undoubtedly a potential rival to India. But at this stage, China’s military superiority is not in doubt. More generally, though, India is nowhere near attaining the attributes of raw power that would qualify it as being on the brink of such a global role. By 2040, India may be jostling with China for equal or second place with the United States in terms of the absolute size of the Indian economy. But its per capita wealth will still be roughly a quarter that of the West.

Unlike India, China understates the present. Like military budgets. And they don’t bandy ‘superpower’ about.

How then will India’s continuing rise affect the rest of the world? Whether you are sitting in Washington or Singapore, almost nobody sees India’s emergence in isolation from that of China. The premise rarely changes. People across Asia and the West are wary about China’s growing reach and the potential impact a nationalist and resurgent China—whether authoritarian or democratic—could have on stability in the Asia-Pacific. In contrast, India’s rise is viewed by all but its closest neighbours in a broadly positive light—as the potential counter-balance to China, but also as a relatively benign power in its own right. Viewed from afar, the two are seen as having fundamentally different characters: China as difficult to decode; India as relatively simple to read.

In the 1980s, Deng Xiaoping said that China should keep a low profile and avoid panicking other countries with its rise: “Hide your brightness and nourish obscurity,” he advised. In the less well-known portion of the aphorism, Deng added that China should “accomplish some things”. Last year, China’s leadership inserted the word “actively” into that formula—a significant addition from a leadership that hoards its lexicon jealously.

By contrast—and to quote from a 1980s British song—in India “heavy words are so lightly thrown”. Being a noisy democracy in which power is dispersed and continually fought over, New Delhi has no fixed guiding aphorism to match China’s self-professed “peaceful rise”. Nor, from the point of view of most of the rest of the world, does New Delhi need to hide its light under a bushel. Few countries believe India’s rise will be anything other than peaceful.

But there is a tendency in India—noted in China with something approaching disdain—to declare that the future has arrived at the stage when it is only just coming into view. China, by contrast, deliberately understates the present. Take their military budgets. China does its best to disguise the rapid growth in military spending over the last 15 years. India frequently discounts the military assets it will acquire over the next 15 years. The same applies to the word “superpower”—a term bandied about constantly in New Delhi but never uttered in Beijing. This is the difference between a multi-party democracy in which power changes hands every few years and a linear authoritarian system in which the same people, or their carefully hand-picked lieutenants, are in power in Beijing today as when Rajiv Gandhi was prime minister in the 1980s.

In spite of some hiccups in the Obama administration’s approach to relations with India, New Delhi is still seen as a natural ally of the US—although not in as ardent a manner as the Bush administration. But relations between the US and China, the US and India and India and China are a constantly changing triangle: an alteration in one side instantly affects another. It is not clear whether Obama understood the import of the notorious sentence inserted into the joint statement with Hu Jintao in November in Beijing in which the undeclared “G2” appeared to claim some kind of purview over stability in South Asia. If Obama did not grasp the implications of that sentence beforehand, he certainly did afterwards. 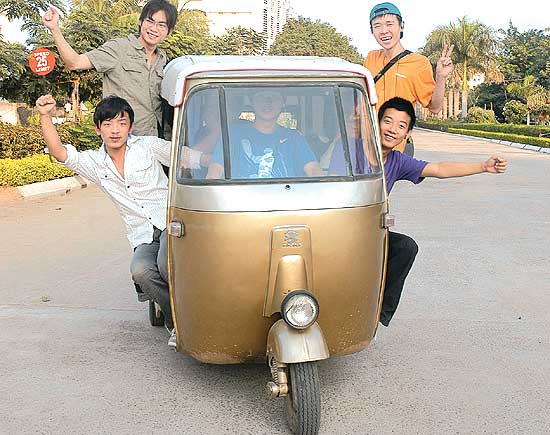 Ride together Chinese students in an auto

That otherwise minor kerfuffle illustrated something much larger about the multi-polar world into which we are all rapidly heading. It no longer makes sense to see the world as being divided into permanent camps—a habitual mindset of the westerner from which India suffers much less. In its benign scenario, a multi-polar world will consist of what some people call “a la carte” alliances. Countries will pick and choose which coalitions to join and which to abjure.

For example, the US and India will almost certainly step up their joint anti-piracy patrols over the coming years, since both have an interest in maintaining clear trade routes from the Straits of Hormuz to the Straits of Malacca. Both are also likely to intensify anti-terrorist cooperation. Yet, India also shares a number of core interests with China that is likely to see their intensifying joint cooperation in opposition to the US, for example in trade negotiations—should the Doha Round ever unfreeze—and in continuing talks over climate change. Both also share an interest in expanding developing country weightings in the governance structures of the imf and World Bank. They will probably continue to disagree on the need to restructure the permanent membership of the UN Security Council since China is already in and India remains out. On this, very tellingly, the US remains agnostic.

All of which leads to a simple conclusion. Conflict between China and India is not only deeply undesirable, it also needs actively to be avoided. The other day I met my old friend
C. Raja Mohan for lunch in Washington. Raja, like many thoughtful Indian analysts, continues to worry about the potential for China and India to misunderstand each other. “When Hu Jintao comes to India, the Indian papers talk about Mr Jintao,” he said by way of example of the widespread Indian ignorance of Chinese nomenclature (the correct designation being Mr Hu). In the same way, China tends to read India’s boisterous media as being a mouthpiece for the Indian government—a fundamental misreading that can lead to a deepening of suspicion and mutual contempt in potentially dangerous ways.

In the lofty traditions of geopolitics, grand conclusions are usually expected. But I agree with Raja and others that India’s most important priority today should be to study China and better understand it—and vice versa. India and China are too important to each other and to the rest of us to persist with this worrisome dialogue of the deaf.

Edward Luce is the Financial Times’ Washington bureau chief and author of In Spite of the Gods: The Strange Rise of Modern India.

Worthy Of Their Blurbs