Why India’s chief justice finds solace in Gujarat, not Delhi 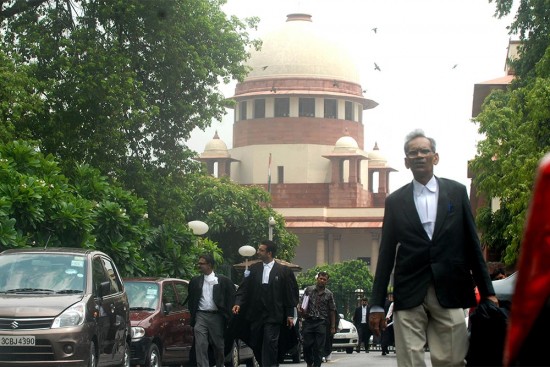 The Chief Justice of India (CJI) told the PM on his birthday (September 17) in Gandhinagar that Guj­arat is a “very, very peaceful place”. His lordship, ind­eed, finds judicial governance in Delhi very turbulent and finds solace in Gandhi’s Guj­arat and not on Tilak Marg, near Rajghat in Delhi. PMs can usua­lly sit out incumbent CJIs, many of whom have awkward, short tenures. But CJI T.S. Thakur does not believe in the constitutionally unacceptable indeterminate waiting for executive pleasure for judicial elevations, appointments and transfers; he wants to infuse a sense of national urgency towards the slo­wly but surely collapsing administration of justice in India. Welcome is his statement that “three or four issues” surrounding the Memorandum of Procedure (MoP) would be finalised “in two weeks”.

That the final judicial views on the MoP will shortly be sent to the government is reassuring. If the stalemate con­tinues, the court will have to step in. Agg­ravation of the unconscionable rate of case pendency can be best handled by new rhythms of judicial appointments. Mod­eration in executive insistence on the core suggestions may help: the power to reject any names proposed by the collegium on the ground of nat­ional security may be shared, and the suggestion for a screening and evaluation committee to finalise the names of lawyers may be dropped.