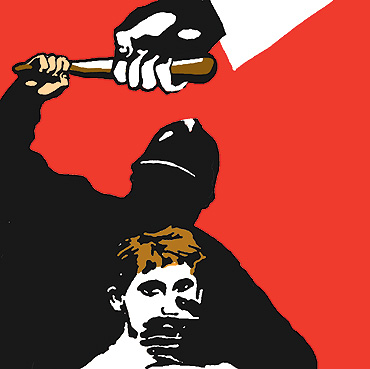 The draft meets internationally recognised standards of human rights and civilised jurisprudence, but requires really independent panels committed to investigating complaints with a great deal of rigour, as custodial torture situations rarely have independent eyewitnesses. Moreover, state agents are smart enough to tamper with procedure and record through skilful means, for instance by wrongly entering the date, time and place of arrest. Though independent central and state panels have been promised to go with the proposed law, the record of the national and state human rights commissions has been none too bright, as they remain piled with backlogs and nearly always ready to wash their hands of cases, most frequently on the grounds that the judiciary is already engaged with the matter. We wish things to come out right on this score, but what about the more ingenious and insidious ways of torture we keep on witnessing in India?

Torture in India often comes in the garb of 'the law following its course'. Ask young lovers who elope to marry, defying stifling social taboos of caste and religion. In a usual pattern across India, the enraged clan lodges a case of abduction, and the police then hound the couple. This in itself is torture enough, but many times the police recover the couple and hand them back to the clan. The girl is then either tortured by the clan to backtrack, or either the girl or the boy or both are murdered in the name of honour. The cases of honour killing are plain enough for a judicial reprisal against the members of the murdering family, but nothing happens to the police personnel who hand the couple over to them following 'perfect' legal procedure. And certainly no remedy is available if the girl backtracks before a magistrate—forced by the threat that lurks in the background. I know of an even more insidious case where the powerful lawyer father-in-law of a boy who had eloped got one of his shady clients to lodge a false case of dacoity against the boy in a place in the back of the beyond that he had never visited. When the colluding police did not find the falsely accused, they arrested his brother, who had no hand in the marriage/ elopement. Both the brother and, subsequently, the boy spent months in jail before the chief minister of the state was made to intervene by some activist.