Henceforth the top rung of the Congress, including MPs, will have to become apolitical. Our leaders will simply not campaign for the Congress. They will campaign against the opposition. 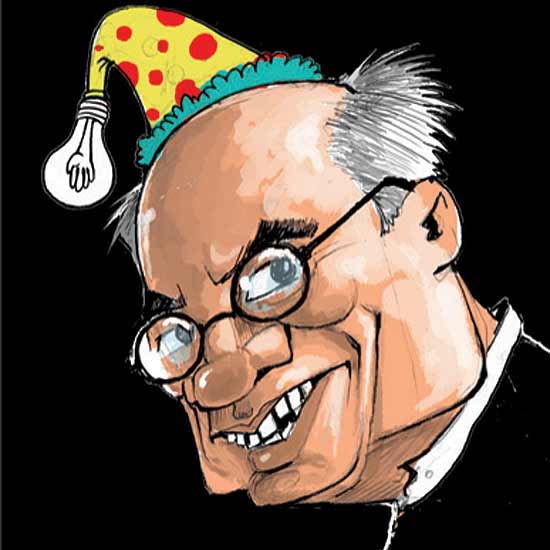 Those who matter in the Congress know of my strategy sessions with a clutch of chamchas at the tourist lodge, Barabanki, Uttar Pradesh. Last week I found myself with four friends eagerly awaiting Diggy raja’s latest gyan. So, after tucking into a palak pakoda, I started. “Gentlemen, as strategies go, we have to think differently, often indifferently. We have to also learn from others. Allow me to share with you Digvijay’s Autumn 2011 musings.” I waited for an applause. None was forthcoming, so I continued. “Henceforth the top rung of the Congress, including MPs, will have to become apolitical,” I pronounced, which made the quartet cock up their ears. “Digvijayji, how is that possible?” wondered one. “It’s simple,” I said in my Sunday-best baritone, “Our leaders will simply not campaign for the Congress. They will campaign against the opposition. Our message will be: don’t vote for BJP/CPI(M)/AIADMK etc. But we will never say vote for the Congress. Thus we will become apolitical—like Kejriwal and Team Anna.”

At this, Shumbunathji, who fancies himself to be a man of letters and science, warmed up. “See, what Digvijayji is implying is that when we campaign against the Left in Bengal and Mamata gains, then it is merely collateral benefit. We have not campaigned for her. And, as Antonio Stradivari, the 16th century philosopher, put it, ‘collateral advantage is directly proportional to the damage inflicted on the rival side.’” Stradivari? I hadn’t heard of him. However, later research on Google (the ultimate engine to divine the truth barring the holy books and Minerva Guide for IAS entrance) revealed he was only credited with crafting exquisite violins. But who cares—Digvijay hates violins and violence! Anyway, that apart, someone in my think-tank wondered if our plan could possibly backfire. “No,” I said emphatically. “See how the apolitical campaign of Team Anna succeeded in Hisar.”