‘Digvijay Had The Guts To Say What Needed To Be Said’ 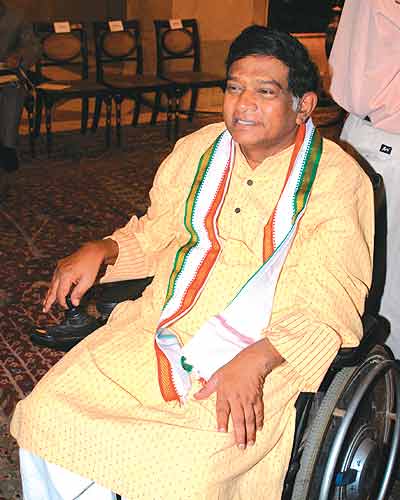 Ajit Jogi knows more about Chhattisgarh than most people. As the state’s first chief minister, he was known to be a particularly energetic politician. Six years ago, he had a near fatal car crash that left him confined to a wheelchair. But he continues to be a permanent member of the CWC and an MLA. He spoke to Saba Naqvi:

How do you see the debate in the Congress on the anti-Maoist policy?

There is no debate now. Sonia Gandhi’s letter in Sandesh makes the policy very clear. She took a month to come out with this after Digvijay Singh started the debate with his article. She called and spoke to experts and now she has given the line.

So what is the correct line?

Digvijay had the guts and support to say what needed to be said. He knows the area as he was CM of undivided Madhya Pradesh. Sonia knows the region—she had travelled across Bastar with Rajiv. But there are many, posing as experts on Naxalism, who have never been there.

Are you referring to P. Chidambaram?

No, he has made trips to Raipur and he even went there after the CRPF jawans were killed. Chidambaram is a good fellow. It’s just that sometimes he takes a stand and it is difficult (for him) to change his mind.

After the latest attack, there has been a demand for air support.

I would be very surprised. How can there be a change in strategy when Sonia Gandhi has laid out the line? You can never win a war without the support of the people. We have lost that support.

Chidambaram has said he has a limited mandate?

He was not referring to political opposition from the Congress. He was referring to the limited role of the Centre and the fact that the army and air force are reluctant to wage war on their own people.

But there is discussion on air support.

This talk is by people who don’t know the terrain. It is  dense forest with poor visibility. What will you do with high-flying aircraft? You can’t bomb your own people. How will you tell the difference between villagers and Maoists? What is needed is more choppers. They can fly low, help locate people with weapons and transport troops. But there are already choppers in Chhattisgarh. I believe they should train a paramilitary force in guerrilla warfare and not involve the army or air force.

But people argue that without more forces, how would you contain the Maoists?

The forces are going in blindly. When they enter the forest, hunting for Maoists, they are actually being hunted by them. In guerrilla warfare, you are groping in the dark. The CRPF doesn’t know where to go. Troop morale is very low. God forbid, a time may come when the troops might refuse  to take orders. They are sent in blindly, without any information, to be killed. They want more and more forces because the existing ones on the ground have such a low morale.

What is the root cause of the problem in the tribal areas?

The intent is to give every inch of land to corporates for mining and plants. I gave mining rights to NMDC, a government undertaking. Raman Singh would like to hawk all the land to corporates. The tribals are living on land that has the richest iron ore in the world and bauxite, rubies and diamonds. He would like to provoke a war where the forest is flattened and the people driven out.

How do we approach the development route...the Maoists are said to be against it?

They are against building roads and bridges. They do not oppose schools, rural health movements and anganwadi schemes. It is the state government that has stopped all health and education schemes in these areas. In Chintanar, where the CRPF jawans were killed, there was this young boy who got 84 per cent in Std X and wanted to join the IAS. But they closed down the school five years ago. He is a Maoist now.