The Centre’s record on implementing court directives is dismal 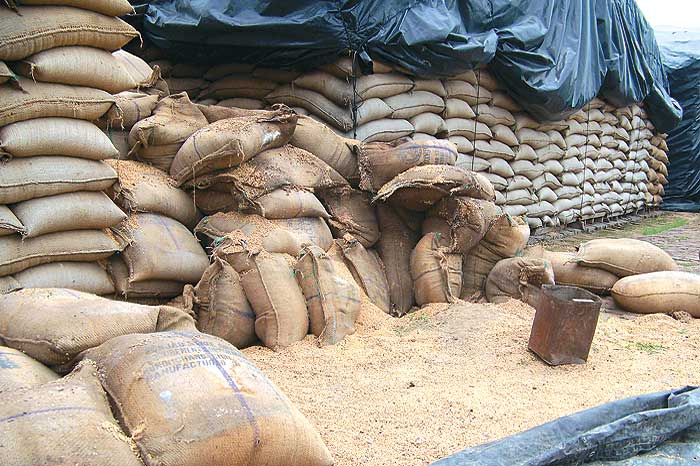 The Supreme Court’s directives on issues pertaining to public welfare often fail to result in immediate government action. Records show that many central ministries either file replies explaining why the orders haven’t been complied with or seek extensions to the deadlines. In several instances, the directives hang between extended deadlines and consecutive “status reports” explaining non-compliance.

A recent instance is the apex court directive on the government’s failure to distribute foodgrain to the poor, eventually resulting in tonnes of grain rotting in the open ‘godowns’ where they were stored. The directive had come in response to a recent PIL from the People’s Union for Civil Liberties (PUCL). In 2001, the same rights group had filed a PIL seeking an order that foodgrain be distributed to the poor rather than letting it rot. In response, the Supreme Court had asked the central government to streamline the public distribution system (PDS), set up many more fair-price shops, build more godowns for storage of grain without spoiling.

So the 2010 order on the same issue conveys a heavy sense of deja vu. The bench of Justice Dalveer Bhandari and Justice Deepak Verma again issued directives to more or less the same effect—distribute the grain to the poor, build more godowns, streamline the PDS. Colin Gonsalves, the advocate and rights activist who filed both the PILs, says, “In 2001, Justice B.N. Kirpal noted in his judgement that this was a case of hunger and malnutrition in the background of plentiful food, therefore, the court was anxious to see that grain reached the poor. Nine years on, we see that things have not changed. The government has said on affidavit that there’s 55 million tonnes of foodgrain in the godowns but it is willing to distribute only 2.5 tonnes. Why such a situation? Why no noticeable change in such a long time? The answer lies with the bureaucrats and policymakers.”

Many central ministries have been lax in implementing Supreme Court directives. Here are some:

“There can be reasons for not implementing a court order. But just filing replies should not become the practice.”
Justice V.N. Khare, Former CJI

What is the reaction of judges to such non-compliance?  Justice P.N. Bhagwati (retd) says courts should act against erring ministries. “Contempt notices should be issued for non-compliance and no change in ground reality for so long,” he says. “Those responsible should be exposed so that people get to know that they are the ones responsible for such a situation.” Justice V.R. Krishna Iyer, a former Supreme Court judge, says, “Issues that are serious and need attention without delay should be seen in that perspective by everyone. The court is just drawing attention (to a problem) and compliance (with orders) will better governance.”

“It’s like flogging a dead horse,” says Gopal Krishna, who runs Ban Asbestos Network of India, a voluntary group, about the directive to the ministry of shipping on coastal regulation and setting up of laboratories to monitor problems created by dumping of hazardous waste. “The directives are issued but compliance is so low and dismal, it’s discouraging. But we will carry on with our fight to bring about change.”

“The court is drawing attention to problems. Compliance of orders will only go towards bettering governance.”
Justice Krishna Iyer, Former SC judge

The government, however, has another take. Union law minister Veerappa Moily justifies the replies and status reports filed by the executive. “They aren’t stale replies and do not amount to non-compliance. The Supreme Court’s directives have always been followed, but there are hurdles and these hurdles often prevent us from changing the ground situation. If there is any problem with our replies and the court finds them unsatisfactory,  it can always issue further orders. Implementation will happen in due course. The government also has to look at other issues.”

K.M. Balakrishna, a lawyer and activist who had filed the PIL seeking better water management, says, “A monitoring committee, set up with an allocation of Rs 340 crore by the ministry of science & technology on a Supreme Court order, keeps coming up with status reports every three months. That’s all it has done. But there is no change in the ground situation so far.”

“In 2001, the SC had drawn attention to the wastage of grain. Nine years have passed, nothing has changed.”
Colin Gonsalves, SC advocate

Bureaucrats say many of the directives cannot be implemented to the word. S.S. Meenakshisundaram, a former civil servant who served as a joint secretary with the PMO, points out the hindrances: “Directives are welcome but the court has to consider that there are issues to be looked at before implementation. I’d like to give the example of Tamil Nadu and Uttar Pradesh, where distribution of saris and foodgrain cost human lives. The latest directive on foodgrain and its distribution involves several issues. Stampedes and other law and order problems can crop up. A proper policy needs to be  formulated before such distribution.”

But the crux is whether the directives are being at all taken in the spirit in which they are issued, for practical considerations hindering implementation are natural and can be worked around. Justice V.N. Khare, former chief justice of India, says, “I agree the executive could face problems. But serious efforts should be made towards implementation of orders. The court should be aware of all the problems; it shouldn’t be as if the executive just keeps filing replies. This should not be accepted. There can be practical problems, with valid reasons, but just filing replies should not become the practice.” Unfortunately, that seems to have become one of India’s many ugly realities.

The Keys To The State