A prophet of reforms lowers the messianic fever and takes stock 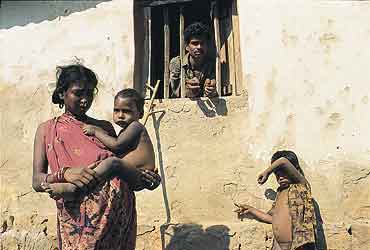 The End Of Poverty: Economic Possibilities For Our Time
By Jeffrey D. Sachs
Penguin (USA) Pages: 397; Special Indian Price: $22.95
This is an interesting book, both because of its range and its author. Jeffrey Sachs is an economist who has been the architect of many controversial policies. He led Poland into "shock therapy" liberalisation which many then thought was a disaster. He was advisor to Russia when its policies were not just failing but also breeding corruption and the mafia. Sachs also advised Chandrababu Naidu. As policy advisor, he was known as a gung-ho liberaliser, keen on privatisation and rapid movement from government control to the market. While defending his past, Sachs’s message in this book is that there can be no end to world poverty without state action and only if rich states help poor states to bear the cost.

The book begins with some overarching themes, particularly the spread of economic prosperity and why some countries fail. It is capitalist growth, according to Sachs, that brought about a global divide. Countries which fail do so partly because of geography and geopolitics but mostly because poor remain poor as a result of demographic and fiscal traps. From this, Sachs comes down on economists, arguing that they should be more like doctors. Since economies are complex systems, it is not enough to identify a disease but also its social setting. This requires continuous monitoring and evaluation rather than just one diagnosis. Sachs is, thus, firmly on the same side as critics of IMF-World Bank when he takes on the "same size fits all" therapies of belt-tightening, privatisation, liberalisation and "good governance".

Some of the best chapters are where he recounts his own experience with policy advice. Be it Bolivia, Poland or Russia, he defends his past, but occasionally admits that he might have advised differently if he knew what he knows now. The picture he paints is of definite progress but it isn’t enough. He is optimistic about China and India. For Sachs, in India hope is triumphing over fear. But the discussion is a bit shallow, concentrating on reforms and the IT sector. But in both China and India, he notes that poverty persists and there is regional concentration of growth. He also feels that China may have overdone market reforms. The really bleak story is Africa’s experience with governance, poverty and aids. It is here that Sachs minces no words in criticising rich nations and foreign aid institutions.

Sachs’s real criticism of rich donors is that they announce bold goals to reduce poverty but then tell the poor countries to get real. Some aid is given with a slew of conditions and countries told to live within their means. This is something Sachs believes cannot work. The challenge is too big and a simple diagnosis is not particularly enlightening. For example, neither corruption, democracy, nor economic freedom are particularly well-related to growth, nor is it valid to assume that the poor can afford to pay so that miracles can happen through privatisation.

But what is Sachs’s solution? This involves differential diagnosis, leading to an investment plan for each country to see how these problems can be overcome, a financial plan to fund the investment plan, and a donor plan so that foreign aid donors commit to adequate financing. Sachs, thus, goes back to the idea that solutions need plans and that plans are credible only if there is definite, large and predictable financing. He estimates that it would take a commitment of about $100 billion a year over the next decade to end poverty, with Africa requiring half of this and South Asia a third. Where will the money come from? He points out that simply undoing tax cuts made by President Bush in his first term of office would do. He recognises, of course, that this is easier said than done and that the rich would have to be convinced that it would work, and that clogged pipes, including the IMF and World Bank, would need reform. But he believes this can be achieved.

The book is, therefore, an ardent expression of hope from a liberaliser who had believed that the state would become more active in development as it withdrew from routine economic management but who recognises that it has not turned out that way. Naturally, he seeks allies, particularly from those currently against globalisation. He agrees that the moral position of anti-globalisers is the correct one, although they have got it wrong on many things, especially economic openness. He agrees with them though that corporations and the rich do grab and certainly do not give easily. Yet, he remains in favour of further reform even as he attacks neo-conservatives. This is American Liberalism, contending with a dream turned grey.