A nine-year-old girl writes a diary on early periods. 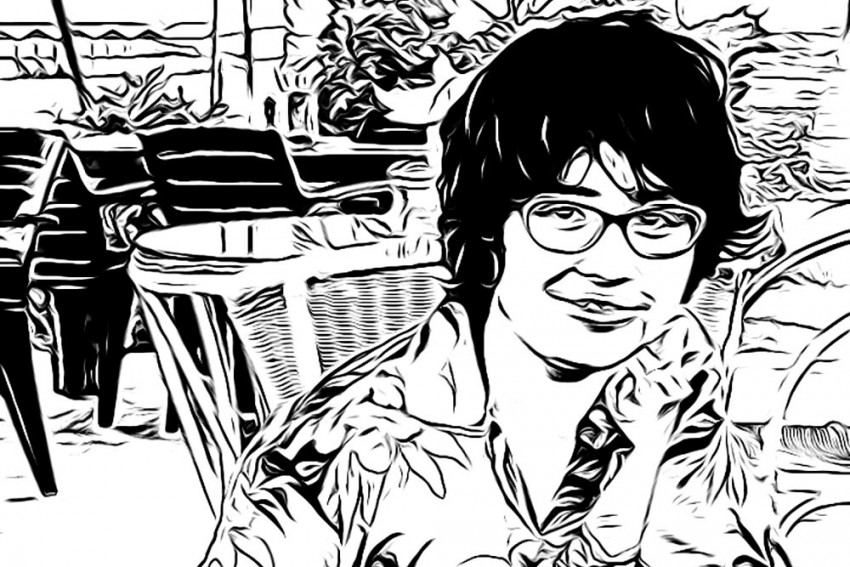 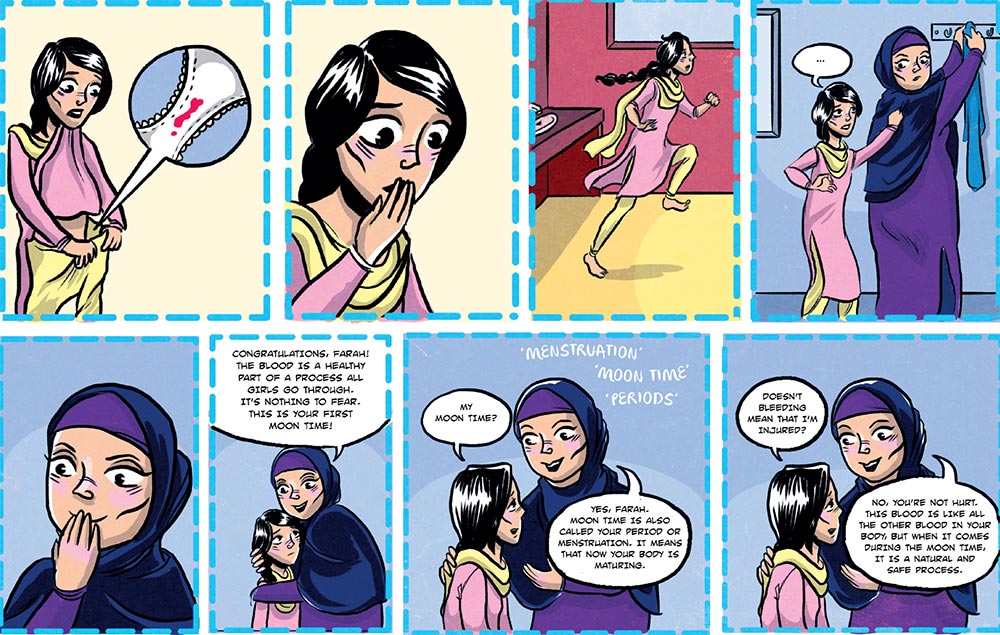 © Ariana Abadian-Heifetz. Illustrations by Pia Alizé Hazarika.Reprinted with permission from Spreading Your Wings: A Health Infocomic for Girls of All Ages (Young Zubaan, 2018).

Periods are a sign of puberty in a girl, which means she is growing up. My periods started early—just a few days before my ninth birthday in September. My mother had kept me prepared for when it happens, so I knew what had happened when they started. After going through it a few times I realised that two-three days before they started I would get a headache or sometimes a little fever. It was always good to know beforehand because it warned me that it was going to start and that I should keep a sanitary towel (ST). Me and my mother called it saint because ST is also the short form of saint. When the blood actually came out it felt like magma coming out of a volcano. It didn’t give me problems. In fact I didn’t even realise when it came out. It didn’t stop me from doing anything, including playing football, and it is going to be the same way in the future. I do not care about it because I am just nine and I can’t do anything about it. Even if I could, I won’t know about it because I’m nine. Through the times I have had them, I learnt a lot about them, for example, that the scientific term for periods is menstruation and that it is not just blood that comes out but also tissue. The last two-three times I got periods, a lot of or rather excessive bleeding took place. When it started at first it only lasted for about two-three days, but eventually it started to last longer for about a week. It hasn’t changed me at all and I would say that all the other girls that are having it or have yet to have it, don’t let it change you even a bit.

(The author is a nine-year-schoolgirl in Gurgaon. This piece is unedited)

Menses: A Medical History In Fatuity