Indo-Pak talks threaten to resume, and then they let the LeT chief off the leash. What’s up? 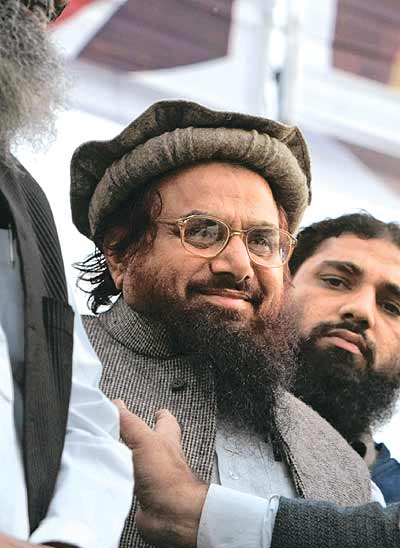 It’s an irony few in Pakistan would have missed. Around the time India offered to hold talks with Pakistan, and Islamabad mulled whether or not to accept it, Jamaat-ud-Dawa (JuD) amir Hafiz Mohammed Saeed was taking to the streets, mouthing vituperative anti-India slogans, promising to liberate Kashmir, and stoking jehadi passions. Wouldn’t his strident speeches miff India, wondered those who had hailed New Delhi’s offer to open dialogue with Pakistan. After all, they argued, Hafiz Saeed is the founder of Lashkar-e-Toiba (LeT), the militant organisation implicated in the Mumbai horror, and the very Pakistani who’s at the top of India’s most wanted list.

The doubts arose naturally as they watched JuD activists in Lahore wend their way from Markazul Qudsia to Faisal Chowk, waving toy Kalashnikovs and the group’s black-and-white flags. From various districts of Punjab they had come in thousands to participate in the Yakjehti Kashmir Karwan or Kashmir Solidarity Rally, walking or driving in vehicles and lustily shouting slogans against India and the United States —and in praise of the LeT. At the Mall were banners extolling Saeed, and makeshift stalls hawking literature on the...