A rare Indian film which has the feel of European and other Asian cinemas, and yet is firmly grounded in the realities of Mumbai 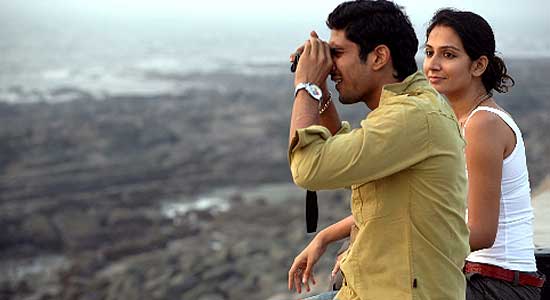 Director Kiran Rao’s Dhobi Ghat introduces us to four lonely characters who float through the streets and neighbourhoods of Mumbai, as they are drawn to one another and yet find it hard to express their feelings. There is the young Munna (Prateik Babbar, with his mother Smita Patil’s smouldering eyes and a star-making screen presence), who dreams of becoming a Bollywood star while he washes rich folks’ clothes and moonlights as a rat killer; Arun (the film’s producer Aamir Khan, in a quiet performance, without the Bollywood trappings), a reclusive painter with a painful past; Shai (a likeable Monica Dogra), a US-based investment banker on a sabbatical; and the mysterious Yasmin (newcomer Kriti Malhotra in a heartbreaking performance).

Their paths intersect, while sometimes they try and avoid each other. The film is a seductive and at times tragic exercise in unrequited love. It is a cleverly plotted film—an interlinked chain that breaks Mumbai’s varied class and religious structures.

Rao’s filmmaking style is clearly inspired by the Hong Kong master Wong Kar-wai. Dhobi Ghat has a haunting tone much like Wong’s cult masterpiece In the Mood for Love—a tale of a man and woman in love and yet lacking the will to realise it. But Dhobi Ghat is a remarkable achievement for a first-time director who has succeeded in making a rare Indian film—with an organic mix of Hindi and English dialogues, which has the feel of European and other Asian cinemas, and yet is firmly grounded in the realities of Mumbai.

The film is handsomely shot by cinematographer Tushar Kanti Ray and Rao uses remarkable black-and-white photographs by Jyotika Jain that capture the everyday lives of Mumbaikars. The mood of the film is enhanced by the lyrical score by the Oscar-winning composer Gustavo Santaolalla (The Motorcycle Diaries and Brokeback Mountain).

Dhobi Ghat has a sad soul, but it is a very satisfying film-going experience.