Missed hit films while slogging to get into MBA? Fret not! 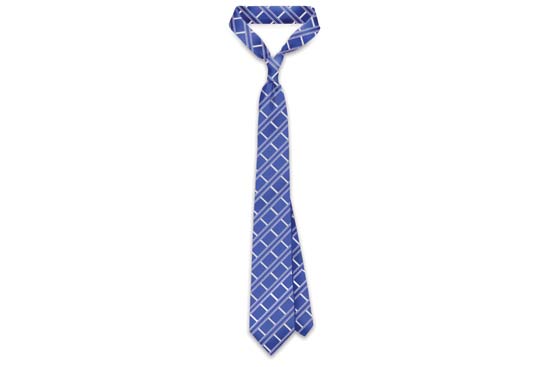 Ek Ruka Hua Faisla, a 1986 Basu Chatterjee film, is about a 12-man jury all in a twist deliberating on a boy accused of murder. They start off by assuming him to be guilty, with a near-consensus on that verdict. Only one of them dares to think otherwise and, following long-winded arguments, eventually gets the other eleven to agree with him. (The only one who holds out till the end, a character played by Pankaj Kapur, had a less-than-kosher reason, it turns out.) Anyway, they reach a unanimous verdict in the end: not guilty. It’s an unlikely legal drama that gets used very often in an even unlikelier context: learning and training sessions for management students and but orientation programmes and offsites for mid-career corporate honchos, administrators, VPs and ceos as well. In fact, its inspiration, Sidney Lumet’s 12 Angry Men (1957), is mandatory viewing in B-schools abroad.

Shuddhasheel Majumdar, a learning and development practitioner, who has played the film in many of his sessions, calls it a great story about an individual’s conviction and gumption in flowing against the tide. The crux of it is how he begins as a minority and gradually makes allies out of his detractors. So what’s the takeaway in it for a manager? “It is a lesson in managing conflicts, it shows the power of dialogue and the modes of influence used in boardroom situations,” says Shuddhasheel.

Ashoo Khosla, an MBA from Indian School of Business, Hyderabad, recalls it being used to understand the art of negotiation. Now a trainer herself, Ashoo has shown Lakshya and Wake up Sid for car­eer development sessions for MBA students. “Putting up a drab ‘You Must Have a Goal’ on a PowerPoint slide isn’t half as effective as showing the clips of a clueless Sid. The kids relate to the onscreen character and are able to better understand that what you like is important in deciding what you want to be for the rest of your life,” says Ashoo. Or when they watch the clip of Rocket Singh selling a pencil, they realise that sales isn’t just about selling but selling smart.

Shashank Kumar recollects that in IIM (Calcutta), for a primary course on Beh­avioral Science, they were supposed to present their understanding of behavioral frameworks in the context of a movie or a novel in any language. “Our group had presented on Das Experiment, but quite a few other groups had used Hindi movies,” he says. Why films? Shuddha­sheel says they broaden the concepts being taught and help build a detailed discussion. “They are not prescriptive, they are great conversation supporters and offer practical, useful insights for the real world of business,” he says.

“Putting up a drab poster on a PowerPoint slide in class is not even half as effective as clips from Wake Up Sid.”

So Shuddhasheel leveraged Lagaan’s game of cricket to inculcate a sense of individual vision, talent-spotting and team management in his students. “The film was also about aligning the team to a purpose, to bring the members back to the core purpose when they deviated and to lead from the front,” he says. Another sports film, Chak De India, is a case study in putting team before self, aiming for excellence and not settling for mediocrity at any cost. And Dil Chahta Hai, a favourite of the youth, has been used in lessons on relationships, networking and bonding. Shuddhasheel says he has used them primarily in three sessions: group communication, team formation and relationship dynamics.

According to HR consultant Shar­m­ishtha Shukla, Sholay, like Lagaan, gets shown to portray the process of creation of a unified team out of disparate, diverse characters. Jo Jeeta Wahi Sikandar is used to underline focus and team spirit. Rahul Sharma, an HR manager and an MBA himself, has studied and used unusual ones like Iqbal and Black to highlight coaching skills, Manthan for rural entrepreneur­ship and cooperative model, Swades for philanthropy, Corporate for ethics and values and the unusual Rice Plate from Dus Kahaniyan for “sensitivity training and overcoming prejudices”.

At its very basic then, showing Bollywood films boils down to communicating ideas through a less pedantic medium. Films are more engaging, fun and strike a chord. Ashoo recalls one of the high points of her management career was when she was put in charge of communicating a quality initiative to 1,200 employees of an org­anisation. With an audience as div­erse as a helper in the warehouse to the CEO, all hailing from different parts of the subcontinent, she used Bollywood as a common language, making a short film with Bollywood clips to represent the various aspects of “quality”.

Editor Amitabh Shukla, who edited the B-school favourite Chak De, says Hindi films work because they are ins­tantly relatable and there is quicker identification. “In our uniquely Indian cultural context, words like jugaad (quickfix) are better understood through Hindi films,” he says. Through films like Band Baaja Baarat or Vicky Donor, for instance. And who knows someday a historical like Jodha Akbar could well be regarded as a textbook on mergers and acquisitions.

The Anashva Rath Will Run Again