For nearly 20 years I am a faithful follower of Hindutva, I have worked for the ABVP and RSS even while rising steadily in the Sangh parivar hierarchy. 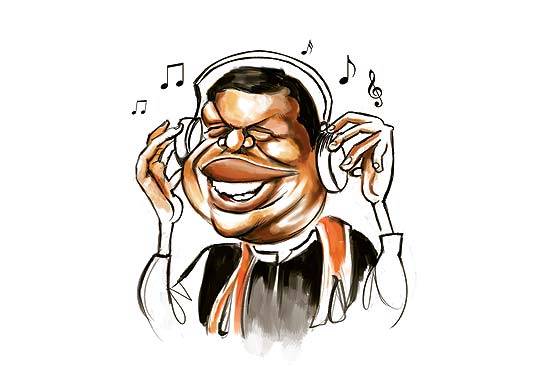 Yes, I am only 44 and cannot recite Vishnu Sahasranamam and Rig Veda, chapters 1-20, in the reverse order. But for nearly 20 years I am a faithful follower of Hindutva, I have worked for the ABVP and RSS even while rising steadily in the Sangh parivar hierarchy. Corporator, MLA, party leader and now chief minister. Also an avid collector of Hindi song lyrics, of which I know more than 2,000 by heart. But that has not affected my work. During the poll campaign, the election itself and the CM selection process, I hardly slept for three hours daily and if I still looked fresh it was due to the soothing impact of Hindi film songs.

How did I remember lyrics of so many film songs? A combination of love, admiration and devotion to great men and women like Naushadsaab, ‘Anna’ Ramchandra, Lataji and Ashaji, Rafisaab, Mukeshji and others. Even today, in the thick of my political battles, I come across newspaper headlines and political stories I can link with Hindi film lyrics. This enables me to remain fresh. Let me illustrate how the lyrics helped me to understand every kind of political situation or media headline and play my cards accordingly: a recent headline announced that ‘CM Fadnavis gets rousing welcome in Nagpur’ and I hummed the lyrics of Bambai se aaya mera dost, dost ko salam karo... to become fresh.

While all that was satisfactory, some ‘babu’ in the protocol department bungled badly while mentioning my surname (yes, the CM’s surname!) as “Fadanvis” in the official invitation card to the swearing-in. O, if only I had his empty head in my hands. Along with other responsibilities, I must now start a spelling and pronunciation classes for the bureaucrats.

In the portfolio tamasha, everyone wanted plum portfolios. So why can’t I keep home and finance for myself? Am I to part with home to some hot-headed Sainik? Home, my wife agrees, should be part and parcel of the CM’s household. I remembered the famous Man mauji lyrics, “Zaroorat hain, zaroorat hain, zaroorat hain ek srimati ki kalavati ki seva kare jo pati ki....”

Now do you see why home should with the chief minister’s household? My wife claims, and I agree with her, that no CM would be so receptive to women’s emancipation as I am. ‘Fadnavis loves to be in the driver’s seat’ was the headline in the Indian Express. So true. Remember the song, “Babu, samjho ishare, horan pukare, pom pom pom...”