Just 85 yrs young, the evergreen actor has penned his autobiography, Romancing with Life 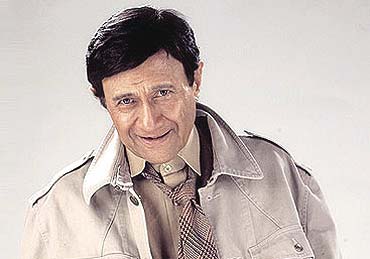 It’s about my six decades in Mumbai. I came here in ’43. Got my break in ’45 and saw Independence being ushered in. A life known and unknown to the world. Yet, it’s not just the life of a man, a selfish life, but the life of a country.

Why the name Romancing with Life?

You know, even the fact that we are talking shows a degree of involvement. That’s what my life has been about, romancing with films, people, literature, my parents, my co-stars.

Will we get to read about your heroines too?

Read it and see.

Can we expect to see a film on your book?

Now that’s a smart question. Is Dev Anand’s life worth filming? Why not? But only if I agree, only if I approve of the person filming it.

If your film Guide were to be remade, which actor would be suited for your role?

I haven’t thought about that.

Has Bollywood evolved in all these decades?

Very little. The focus remains money, the temperaments remain the same. Nobody speaks of anything new except in terms of technique. Relationships are the same, targets are the same. Filmmakers have become fashion designers. That’s the evolution.

Today Dev Anand has become synonymous with style. Who is Dev Anand?

Nobody knows really. You’ll find out now. A star who doesn’t know what to wear, what suits his personality is not a good star. You are borrowing somebody else’s idea of stylishness.

What have you learnt from life?

It’s worth living without hurting anybody.

Do I ever sound regretful? Optimism is my keyword. But I sometimes wish I had learnt to dance. I got by because of my innate sense of rhythm but I’d never play a dancer.

What is the secret of that optimism?

Till you’re alive, you have to be positive. If you are negative, you might as well be dead.

Scandal In The Palace