It’s the culinary equivalent of Monsoon Wedding, where immigrants to foreign shores create a cuisine that adjust flavours of the motherland to new passport reality.

Balti: The faddiest concoction of them all, the sweet-hot curries slopped out to lager louts in Birmingham. Imagined origin? A bucket in PoK’s Baltistan. Eaten by mugfuls. 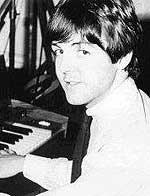 What No other pop song has been recorded by so many people, from Elvis Presley to Ray Charles.

Try Singing it as "Scrambled egg; how I love to eat a scrambled egg", the original dummy lyrics Paul McCartney thought up for the tune.

Today McCartney has changed the song’s credit from Lennon/McCartney to McCartney/ Lennon against the wishes of Lennon’s widow Yoko Ono.

So you thought you knew all about
Batman 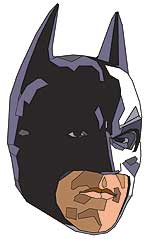 Batman Begins is due in theatres. How much do you know about the caped crusader? Spot the lie in these dark knight facts.

A. After studying at Cambridge, Sorbonne, Bruce Wayne joined the FBI, but quit after six weeks to find better ways to fight crime.

B. Among the actors who have played Batman are Michael Keaton, George Clooney and Kevin Costner.

C. The only time Batman was defeated was by supervillain Bane, who broke his back and left him a cripple.

Answer B. Kevin Costner has not played Batman.

A musical cousin of the crescendo. The least-known but most-seen visual in the movies that has the distraught characters thumping out their feelings on a piano in rapid series of notes. Or when sawing on their violin. The sound on the ear? The musical equivalent of slipping on a banana peel.