Another year, another Nobel prize for literature. Over the years the award, certainly the most well known in the field of letters, has attracted plenty of controversy. That’s partly because of the several obscure writers who have won, but it’s essentially because of the number of truly great writers who have no Nobel against their name. Here are five men who have clearly been hard done by:

Graham Greene
The only plausible explanation: someone on the selection panel didn’t like him. Apparently true.

Franz Kafka
It’s not a fair world. Otherwise the jury would have been transformed into a swarm of large insects.

Leo Tolstoy
Legendary spinner of massive brooding masterpieces had the ill-luck to be a Russian at the wrong time.

Culture Vulture
The Old Man And The Sea : Ernest Hemingway 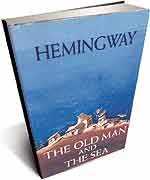 Subscriber Offer Published in its entirety in the November, 1951, issue of Life magazine.

Boo-Boo Marlin referred to as "him". Every giant marlin is female. Hemingway, who fished himself, should have known better.

So you thought you knew all about
Bob Dylan 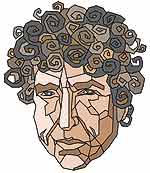 The icon of counterculture has Dylanmaniacs in a tizzy with his autobiography, ‘Chronicles, Vol 1’. What’s the rogue fact here?

A. Baul singer Purna Das Baul appears on the cover of his ‘John Wesley Harding’ album.

B. On his real message, he said, "Keep a good head and always carry a lightbulb." Responsible adults took it seriously.

C. ‘Chronicles’ is his first book.

D. When he began playing electric music, an outraged purist called him a Judas; Dylan responded with the definitive live performance of his classic ‘Like a Rolling Stone’.

Answer C. His outpourings include the possibly comprehensible book, Tarantula.

How you might describe some Indian food through gritted teeth? Nope; it’s the term for checking whether the gods approve of something by examining the entrails of a sacrificial animal—a practice rampant in ancient Greece and Rome.