Every Dog Has Its Day, Culture Vulture, Thierry Henry and Algorithm

It’s a pet-lover’s nightmare. You wanted a cuddly pooch to relax with after work. Instead you found yourself trapped with The Hound of the Baskervilles. Our quick guide to finding the right dog for you.

Got kids?
It’s important to have a dog you can trust to be gentle around your little ones. BEAGLES are great. So are BASSET HOUNDS and LABRADOR RETRIEVERS.

Lazy huh?
Don’t mean to criticise your lifestyle. But yes, it can get hard making time to walk your pet. In that case, look for a DACHSHUND; they don’t need that much exercise.

Stressed out?
If your life’s leaving you wired all the time, the last thing you need is a boisterous barker. Go for the vastly elegant—and quiet—BORZOI.

Friendly?
Need a friend who’s as expressive with hugs and kisses as you are? Simple answer: RETRIEVER, Labrador or Golden. Your affection will be returned with interest.

Love dogs?
Then you must love them enough to ditch any pompous talk of pedigree. Get a MUTT or MONGREL. You will have a tough, smart friend for life. 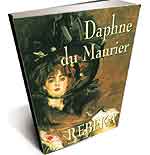 So you thought you knew all about
Thierry Henry 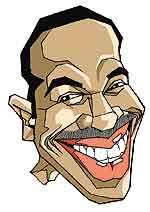 On current form, the Frenchman is the best striker in world football. The 27-year-old was key to Arsenal’s unbeaten victory in the English Premiership. So where’s he gone offside?

A. Scored over 40% of Arsenal’s 73 goals in the Premiership.

C. Started career with AS Monaco before moving to Juventus.

D. Top scorer with 38 goals during the season, Ruud van Nistelrooy of Man U came in second.

Answer D. Newcastle’s Alan Shearer was No. 2 on the list, with 28 goals.

Finite, interpretable set of rules to solve a problem that has a recognisable result. Computer programs are essentially algorithms. Term comes from the 8th-century Persian mathematician Abu al-Khwarizmi (inventor of algorithms and grandfather of computing).