It’s rare that bonafide classical greats get to score the music in films. Six ustads come to play. 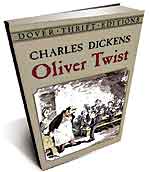 After reading, say Please sir, may I have some more?

So you thought you knew all about
Quentin Tarantino 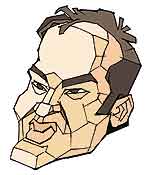 The Pulp Fiction director is back in the spotlight with his Kill Bill Vol II storming critical and commercial bastions. What’s amiss in his bio?

A. Born in 1963 in Tennessee, Tarantino was named after Quint, a half-breed blacksmith from a TV show.

B. Film-making major from the University of California, Berkeley.

C. First career goal was to be an actor; made his TV debut as an Elvis impersonator.

Answer B. Tarantino dropped out of high school after the ninth grade.

The creaking sound insects make by rubbing legs or wings together. Usually signals the presence of an amorous male cricket/grasshopper. More alarmingly, also made by an alarmed Goliath bird-eating spider (pix), the world’s largest, when it feels threatened.