I will never have tea with a CPI(M) worker. I will never attend CPI(M) weddings. I won’t be seen in the company of CPI(M) supporters... 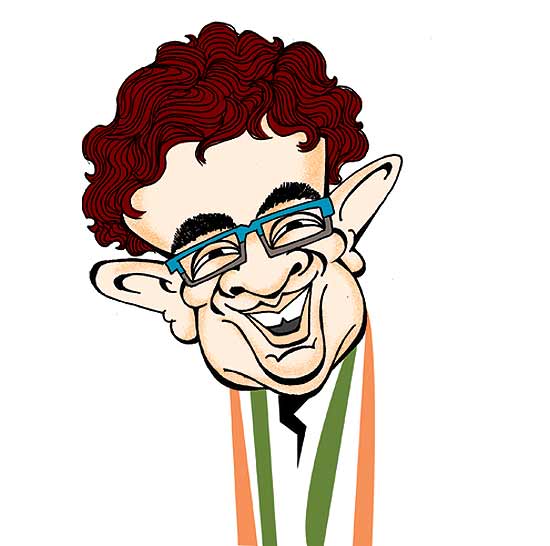 As a quiz master I am never short of words, particularly with a cup or two of Bournvita inside me. Yet, the other day I hesitated in replying to a TV anchor’s query on whether I agreed with the views of a Trinamool colleague that we should never have a cup of tea with a CPI(M) worker, never attend Left weddings or be seen in their company. But quickly recovering, I shot back N...n...oooo. To avoid such hesitations, I am now keeping a secret diary where I will write the same messages everyday and go over them every morning...just to be prepared. So this is the diary page:

I will never have tea with a CPI(M) worker.

I will never attend CPI(M) weddings.

I won’t be seen in the company of CPI(M) supporters.

If I am in the same flight with a CPI(M) fellow, I’ll choose a seat from where I can’t see him. Or request the pilot to accommodate me in the cockpit.

I will never stand next to a CPI(M) fellow in a urinal. If that happens, I will just zip up and leave, though this may lead to extra laundry bills.

I will never watch news channels, only entertainment channels.

I will watch only the Didi Channel which will be set up shortly.

I will read only the eight newspapers which have been recommended by Didi to be kept in public libraries.

I will not miss a single issue of Time magazine, which called Didi one of the world’s most influential leaders. Such a contrast to our trashy media.

I will never glance through cartoon strips which appear in the media, I mean, in the eight approved newspapers.

If I meet former railways minister Dinesh Trivedi, I will turn my head and walk away quickly.

Make war but not love will be our motto towards the CPI(M).

Didi is the greatest woman of all time, greater than Joan of Arc, Mother Teresa, Rani of Jhansi and so on.

Didi will not ‘visit’ Delhi, she will ‘march’ into Delhi: from the Centre she will not ‘ask’ or ‘request’ anything, only ‘demand’ or ‘order’.

I agree that professors should stick to teaching and not circulate cartoons among the academic community.

I will appear only in those TV discussions where the channels provide me with cabins from where I cannot be seen by panelists from the CPI(M). The sound system should be modified so that they can hear me, but I should not hear them.

Every morning I will read these jottings carefully so that I will never again be caught unawares in public functions or TV debates. I coined a new slogan for the Trinamool Congress. “When Didi says ‘do this’, it is done.”