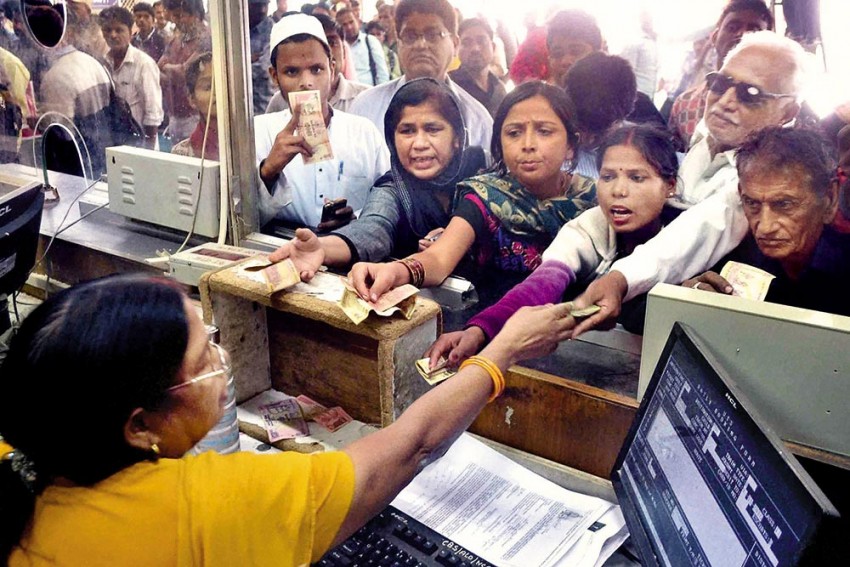 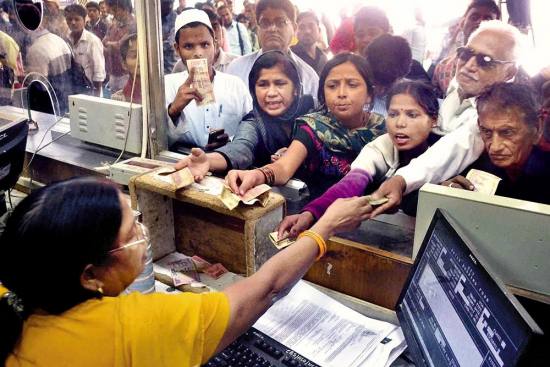 Q. After two years of demonetisation, what are the lessons for India and for other developing nations? How successful has the move been?

The most important lesson is that an important measure like this should have been brought in only after det­ailed and careful planning. This was not really done. It was very sudden. Also, it made no sense to demonetise Rs 500 and Rs 1,000 notes while, at the same time, introducing a Rs 2,000 note. They had sought to achieve many things through the measure: cutting down on black money; reducing corruption; cracking down on the amount of money flowing into terrorism; imp­roving the digital basis for India, in other words, laying the foundation for a ‘cashless’ economy. But, for all these things to happen, we needed a well-thought plan. A lot of things needed to be done in advance—each objective had to be taken individually. 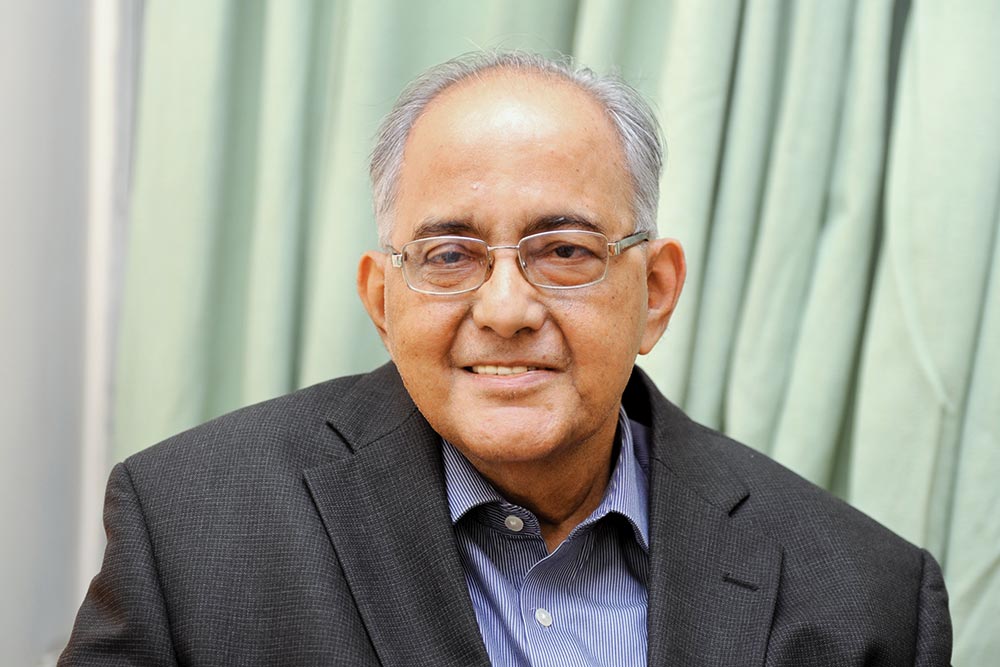 Black money accumulates as a result of a set of laws that encourages people to under invoice exports, not to pay local taxes. Here, the introduction of general sales taxes would certainly have improved tax collection and reduced tax evasion. As far as exports are concerned—the under invoicing of exports that is—I don’t see what the government has done to control that. With regard to corruption, a few things have happened. One is the insolvency act, which has helped in closing down inefficient companies. But it is not enough. In the case of digitisation, opening of bank accounts is not the only answer. Many people have to become more literate in that regard. People also have to become used to paying digitally. Large-scale digitisation of payments is not going to happen in a hurry. So, all in all, I would say that demonetisation was a good move, but it was executed in tremendous haste and without much planning. Therefore, it wasn’t particularly effective. 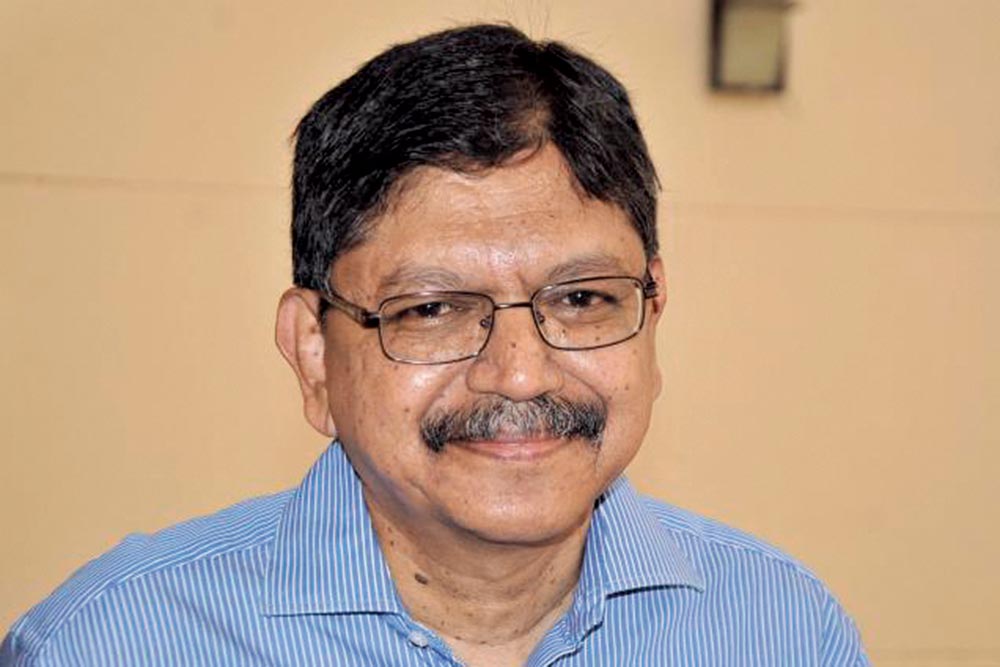 The primary lesson is one that has been known for a long while: do not go in for demonetisation unless there is a crisis forcing you into it. The disruption to existing economic processes is so high, especially when 86 per cent of cash is withdrawn, that it causes a massive loss to the economy. This loss is even greater when a substantial portion of the economy is informal and, hence, more dependent on cash. Even if a false sense of economic authoritarianism makes you feel determined to deploy such a move, you can’t just ­assume that you can quickly replace the withdrawn cash by printing higher denomination notes, like the Rs 2,000 note. The supply of money is ­determined not just by the value of the notes printed but also by how often the note is circulated. A note that fin­ances five transactions one after the other, generates five times the money supply of one that finances just one transaction. If the denomination of a note is so high that it is not circulated enough, it could add less to money supply than a lower den­omination note that is more frequently circulated. 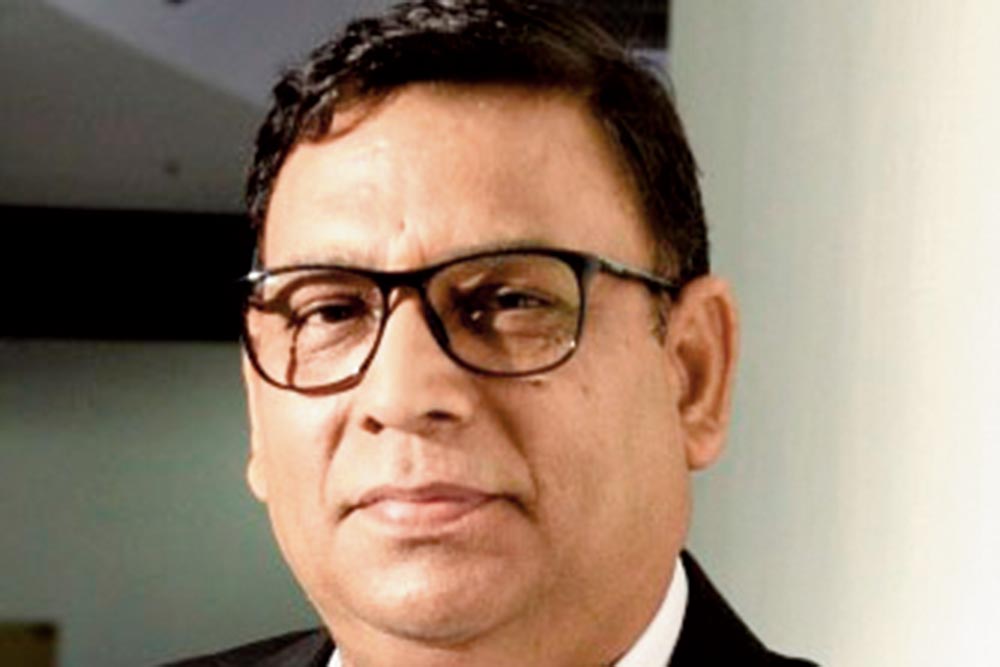 Demonetisation has disrupted the informal markets and trade channels in a big way. But because they are inf­ormal markets, their pain is not app­arent and can be assessed only through proxies such as reduced consumption. Its effect can also be seen in the contraction in GDP. The money which was sucked out of the system didn’t plough back—some of it converted into gold or other assets. Quite a substantial amount may be sitting in banks, idly earning interest instead of creating value! Its full impact would be visible slowly.

Q. One of the main aims of the move was to wipe out black money. Has the government succeeded in any way in this considering that almost the entire amount of cash is back into the system?

Prof S. L. Rao: There are two aspects to be looked at here. The money coming back into the system, or into bank accounts, does not necessarily mean that the measure has been a failure. If the government has strong administration, it should go through each acc­ount where more money has come in and find out the source, because it could be due to people having put their black money into the bank acc­ounts. Now that the first step has been taken to expose black money, the government has to follow it up by scrutinising thousands of bank acc­ounts where more money has come in than the declared or known sources of income. I don’t know how much of that has happened as of now. At the same time, the system has changed a bit as the introduction of Goods and Services Tax (GST) has helped to cut down the ­ordinary use of black money. However, the place that the informal sector has in the country’s economy has not changed. Over 90 per cent of India is still in the informal sector. This sector mostly deals in cash and is unlikely to move away from cash in a hurry. My belief is that black money may have come down to a certain ­extent and the use of digital money may have gone up, but we still have a long way to go.

Narendar Pani: This is another one of the fundamental economic flaws an economy of India’s size cannot afford to make. Demonetisation as an INS­trument to wipe out black money ass­umes that illegal money is just a stock of cash. While this idea was entertaining to look at on screen, in Bollywood movies of the 1970s, that’s not how it works. Black money is money that is not leg­ally accounted for. It is possible that someone who accounts for every paisa of his income spends money to buy a product which is sold by a person who doesn’t account for his money. Such a transaction will make the notes exchanged  black money. Similarly, someone who holds the note as black money could spend it on a product sold by someone who accounts for all his cash, thereby making money white. There are also a number of ways of holding black money that are not ­immediately affected by the removal of cash, such as accumulating gold. Wiping out cash could then simply lead to a spurt in alternative ways of holding black money, including the ­illegal holding of foreign money.

Anil Bhardwaj: As almost the entire demonetised cash has come back, it means the short term gains that were expected have not accrued. But in the long term, it may, if the money that has been deposited is duly accounted for, taxed and allowed to be ploughed back into the economy. But that’s a big ‘may’. It would depend upon two things: the efficiency and the scrupulousness of tax officials and how the government uses this money. This was cash in circulation, oiling transactions and business. It may have been unt­axed, but sucking this capital out from private markets and squandering it on political constituencies—which governments do unabashedly in India—will drag the economy down. It will have far reaching consequences. 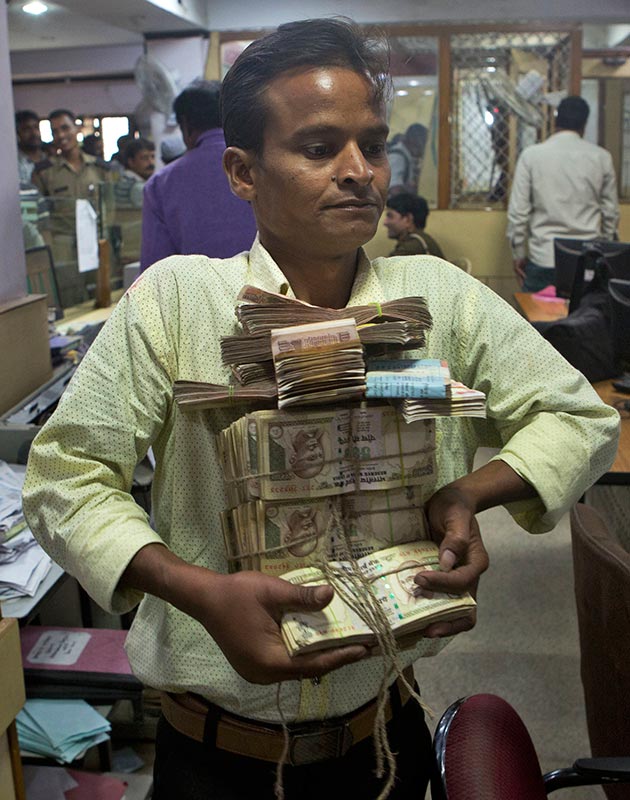 Q. Did demonetisation usher in more transparency in the way business is conducted? What are the major takeaways of demonetisation?

Prof S.L. Rao: It’s not an easy question to answer. Certainly, the organised sector is moving towards transparency. But the main part of the Indian economy is the unorganised or informal sector. Has it become more transparent? I don’t think so. Take agr­iculture markets for instance. When a farmer goes to sell his produce, he gets paid in cash. When the Rs 1,000 notes were withdrawn, the trader found it difficult to pay the farmer. I don’t think that helped the farmer in any way. So, I would say the effect of demonetisation has been somewhat marginal. Not ‘fundamental’, as the brave words of the prime minister put it. Nevertheless, it is a start.

Narendar Pani: The move towards greater transparency has been at best superficial. In fact, there is a strong possibility that demonetisation led to the creation of new forms of informality and illegality. It made it possible for those who did not have to pay taxes, such as agriculturists, to put other people’s black money into their bank accounts and later transfer that money to the original owners for a fee. It also created new informal forms of indebtedness, as when agricultural labour got food from traders and large farmers and paid back in labour at a later date with substantial rates of interest built into the deal.

Anil Bhardwaj: I don’t think it brought about transparency, except for that brief period when cash disappeared and people were forced to pay electronically. I do not know of any worthwhile takeaway from this experiment except the enormous pain it caused to the ­informal markets and the poor.

Q. Has it resulted in any major shift in how consumers spend their money, or the push towards digital payments is still to really take off?

Prof S.L. Rao: Data suggests that there is a great deal of digitisation: credit card use, money transfers and so on. But it is hard to say whether it was specifically due to demonetisation.

Narendar Pani: One of the major takeaways of demonetisation is that a digital economy cannot be forced on an unwilling population. The severe shortage of cash caused by demonetisation did force people to move tow­ards digital payments, but the effect was short lived with cash regaining its place in the economy once it became available. In fact, the demand for cash may have increased as the government demonstrated it could effectively freeze the amount you could withdraw from your own bank account.

Anil Bhardwaj: Digital payments have been increasing with time on their own. Demonetisation’s contribution in their expansion is negligible, except during the cash-strapped period when notes were sucked out. E-commerce and GST are far more powerful drivers of digital payment systems.

Q. Was there proper planning before the move was announced, considering that most Indians were caught unawares and went through a lot of hardships?

Prof S.L. Rao: Suddenly one evening, the prime minister comes out and says ‘we are demonetising Rs 500 and Rs 1,000 notes from tomorrow.’ To me, this was complete garbage, especially as the government chose to introduce Rs 2,000 notes at the same time. What you got was very poor planning as ATMs did not have enough money. Your digital accounts had not opened sufficiently. People did not know how to use credit cards. All that had to be prepared for and that step had not taken place. Now, two years later a great deal of that has happened. But, in the meanwhile, the transition has caused a great deal of hardship. Unfortunately, the informal sector has had to face most of it. But the government is not concerned, as the informal sector is the poorer part of the economy.

Narendar Pani: No, there is absolutely no evidence of any kind of planning. On the contrary, given the elementary mistakes in economics that were made (like ignoring the circulation of money), it looks as though no economist was consulted on this exercise.

Anil Bhardwaj: New money was not printed in the quantity of the cash that it was meant to replace. The ATM ­machines were not calibrated for the new Rs 2,000 notes. All this speaks volumes about the preparation.

No Laughing On Bank Street: In Flexing For More Autonomy, RBI Runs Into Govt’s Plans