Demonetisation and the subsequent introduction of Goods and Service Taxes (GST) were aimed at lifting Indian economy. But the government's vision has been counterproductive given the way international bodies are calculating India's economic growth 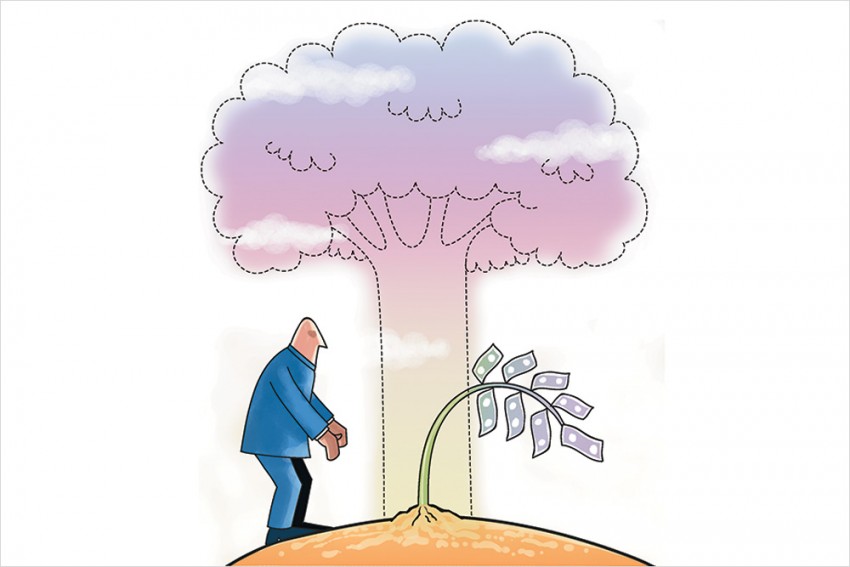 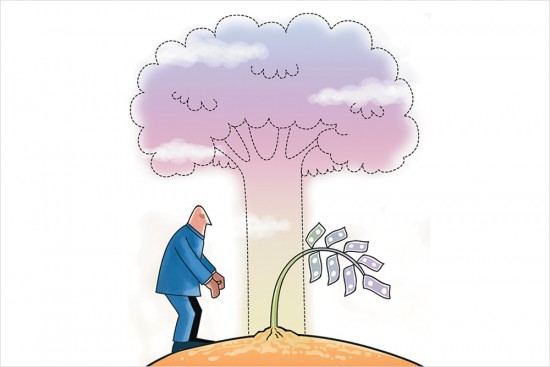 Three years after the ‘war on black money’, demonetisation’s negative impact on the economy lingers, as does the subsequent introduction of GST, with its many implementation glitches. Over the past few weeks, three multilateral bodies—the International Monetary Fund (IMF), the World Bank and the Asian Development Bank (ADB)—lowered their growth expectations for India to 7.2-7.3 per cent, while India’s Central Statistics Office (CSO) has scaled down its forecast for 2018-19 fiscal year to 7 per cent, following the 6.6 per cent growth recorded during October-December, the lowest in five quarters.

“Though the immediate shock, in the economic sense, of demonetisation and GST, is over, the impact of an economic policy shock takes time to die out,” says Rajat Kathuria, director and chief executive of Indian Council for Research on Inter­national Economic Relations (ICRIER). “The impact of GST on MSMEs (micro, small and medium enterprises) needs to be addressed. More than growth, employment and jobs will be affected.”

Rising risks to global economic growth and weakening domestic investment are the reasons given by the multilateral agencies for the downward revision. “With the external environment, as poi­nted out by ADB, IMF and the World Bank, becoming more precarious than six months ago, and the fiscal situation worsening, the outlook is not too good,” says Prof N.R. Bhanumurthy of the National Institute of Public Finance Policy, Delhi, who had projected less than 7 per cent growth for 2018-19 last September owing to “tight liquidity conditions in the global level” and “downside risks to growth from our domestic policies”. He adds that the government was spending more on ­infrastructure until last year, to boost the economy while striving for a fiscal deficit target of 3.4 per cent, but the increase in revenue deficit has jeo­pardised the objectives.

Growth may pick up after the next one or two ­quarters, but it will also ­depend on the results of the general elections.

In its World Economic Outlook, the IMF has warned that continued fiscal consolidation in the near term is needed to bring down India’s elevated public debt. Bhanumurthy is concerned that the government was looking largely at revenue expenditure to boost infrastructure development, whatever the fiscal deficit. “The fiscal adjustments were poor. It has actually worsened since last September. The actual adj­usted fiscal deficit this year will be close to 4 per cent, while the crisis in the banking sector is expected to worsen and lead to postponement of many new private sector investments,” he says. According to Prof Shashanka Bhide, former director of the Madras Institute of Development Studies, the response to infrastructure spending in terms of expansion of the market for those ­depending on better connectivity, and its spillover effects on demand and ­investments, is still to show.

Over the past few years, there has also been a spillover effect of banking NPAs on investments. Yet, recovery in growth can be expected as capacity utilisation in industries has imp­roved in 2018-19. CRISIL chief economist Dharmakirti Joshi says the slowdown is largely due to the global economy. “NPAs are coming down and will come down further. Private sector investments would take place when the conditions get corrected,” says Joshi, who expects growth to pick up after the next one or two quarters. It would also depend on whether the next government is one with a strong mandate as that would influence investor sentiments.

“Two consecutive cuts in repo rates by the RBI have brought down the interest rate by 50 basis points and now the government may be able to frontload expe­nditure for this year, leading to some improvement in the first and second quarter,” says EY India chief policy advisor D.K. Srivastava, who has reservations, however, on whether the needed structural changes have happened. For instance, the Make in India strategy did not ­really take off and manufacturing’s share in the GDP has come down in the past five years to 15 per cent. “So we have to focus more on services, which has been driving our economy for the past 30-40 years. This has to be conti­nued and Make in India limited to ­defence and other strategic sectors,” he says. But the 18 per cent GST for most services is not helping matters either.