Despite the sometimes ugly, sometimes duplicitous nuclear deal debate, the end result is a vindication of our democratic polity. 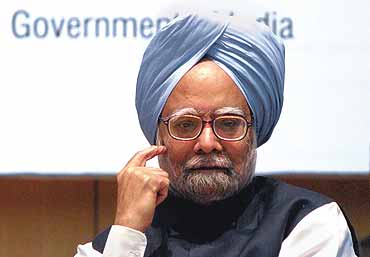 outlookindia.com
-0001-11-30T00:00:00+0553
It is only proper that an argumentative people should live in an argumentative democracy. Despite the sometimes ugly, sometimes duplicitous nuclear deal debate, the end result is a vindication of our democratic polity. Egos of some of the actors may be bruised, but the conclusion reflects majority opinion in the country. An early election which no party wanted, which the people did not want, which even the Election Commission did not want, is off the horizon. To argue against the denouement is to argue against democratic politics.

What's good or bad for the country is a matter of perspective. One man's national interest is another man's sellout. Outside South Delhi's hothouse, outside foreign policy cabals, lies another world. A deal the overwhelming majority do not understand, which has no impact on their immediate or medium-term life, has different meanings for different folks. More power is something everyone desires, but unlike onions, the delivery system is not the people's problem.

The moral of this squabble needs to be restated urgently. A party which heads a coalition government must at the very least convince its allies on any major foreign or domestic policy initiative. Governance becomes impossible for a coalition government if the leading party insists on pushing through an agenda its allies vehemently oppose. You would think this is elementary stuff but we have just seen what happens when it is forgotten.

Except the Congress, no other party in the Lok Sabha supported the deal. If Parliament reflects the will of the people, you could say nearly 75 per cent of public opinion was against the deal-some totally opposed, others opposed if operationalising it meant a snap poll. The Congress was in proximate danger of losing both its government and the deal. A party capable of such folly could only be described as stupid.

Prophets of doom ask: "Is foreign policy to be held hostage to politics?" The answer is an emphatic yes. If major domestic policy issues are hostage to politics, why should foreign policy be out of the net? Another question: "Can the PM, after this fiasco, do business with China or Pakistan?" Short answer: If the PM agrees on a deal with, say, Pakistan or Fiji, he must sell it to those who keep his government alive. Or else, it too will flounder. That does not mean Dr Singh walks naked in international chambers. It just means he must ensure he negotiates with the backing of his entire government.

The Prime Minister is justified in feeling disappointed. He worked tirelessly on what many believe is an honourable deal. His party backed him to the hilt, exiting only at the last juncture. Manmohan Singh, nevertheless, has vital work ahead. Like helping his party regain power in 2009-and then resurrecting the deal.