It could get very discomfiting and disconcerting for some, but for this reviewer it was a merry lark of a film, the most entertaining in 2011 thus far 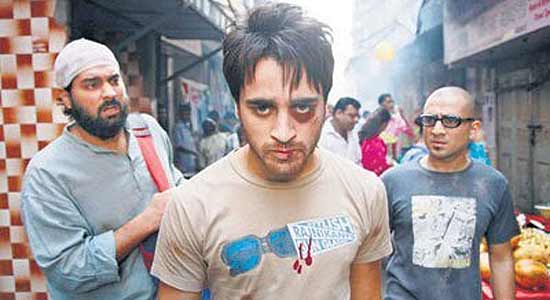 Delhi Belly could get very discomfiting and disconcerting for some viewers. It’s full of cusswords—the ‘F’ one in English and the ‘C’ and ‘G’ ones in Hindi—the camera lingers on a hairy butt crack and later on, faecal matter and a hard-on, a character scratches his unmentionables with the same dirty hand he serves chicken with, there are varied farts, talk of testicles being cut and fashioned into earrings and a car born of the union between a donkey and a rickshaw. It’s all utterly incorrect and inappropriate but oh so delightfully so.

Delhi Belly is a merry lark of a film, the most entertaining in 2011 so far. It’s short, smart, sharp, but also fairly straightforward and predictable. A Matryoshka doll full of smuggled diamonds gets interchanged with a Chyawanprash bottle of stool. Eventually, the doll gets to its rightful place on the showcase of a middle-class Delhi drawing room. In between, the bullets fly, chases occur on Delhi flyovers and shootouts in five-star hotels and three friends get caught in hell—Tashi, a journo, Nitin, a photographer and Arup, a graphic artist. Then, there’s Tashi’s propah air-hostess fiance, who eats bananas with a knife and fork, and Menaka, a footloose journalist he is attracted to.

What works is Akshat Verma’s unaffected writing. The mix of lingo is effortless, candid and matter-of-fact. The dirty talk doesn’t seem...