Pehle AAP or BJP? The battle cries get shriller and the rhetoric sharper. 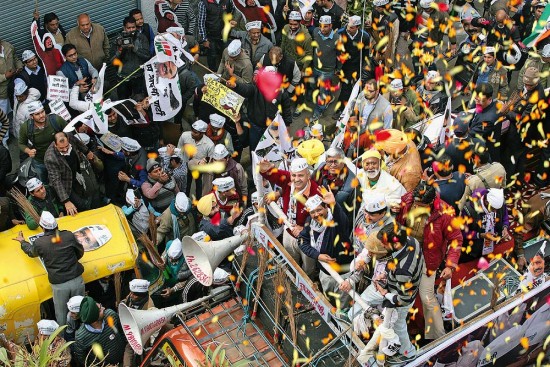 —Zauq, the poet in the court of the last Mughal emperor, Bahadur Shah Zafar, while turning down a lucrative job in the Deccan

Right now, Delhi is certainly the most interesting city to be in India. In the city that has witnessed many battles down the centuries and where contemporary politics is played out at its best and worst, there is yet another election. This one, for the city-state, is being seen as a mini-referendum on the Narendra Modi government that in any case rules from New Delhi. The cast of characters in the fray makes it utterly fascinating, as do the ideological battlelines that some would see as between the haves and the have-nots. It’s a classical good versus evil type of battle from the point of view of the committed on either side of the ideological fence. Those passionate about Modi seem to loathe Arvind Kejriwal and—needless to say—vice versa.