Watch with a complete suspension of disbelief. 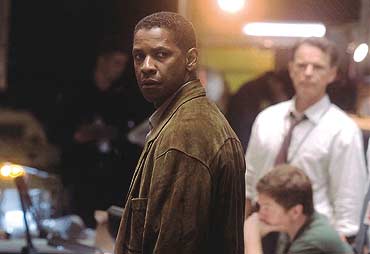 Let me confess, I watched this one only for Denzel Washington who can breathe life into the most senseless of roles by his solid, dignified presence. The film itself is not much to write home about, a crime thriller with elements of H.G. Wells’ Time Machine thrown in for good measure. Much of what happens utterly defies logic. You question every turn of the plot, are totally unable to grapple with the science behind the silly time-travel, but don’t quite get bored.

Agent Doug (Washington) is assigned to investigate the bombing of a New Orleans ferry carrying sailors. Then there’s also the body of the beautiful girl who seemed to have been separately killed by the terrorist before the bombing. Now comes the ultra stupid and far-fetched part. The police team investigating the crime has access to a software that can make them see events that happened four days ago. Will...