A member's dissenting note to the Yashpal panel report 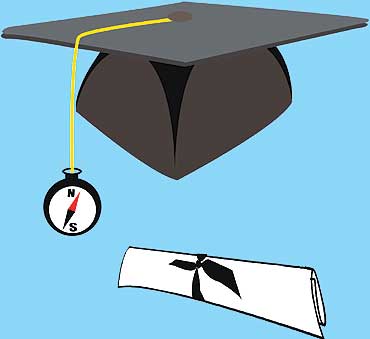 outlookindia.com
-0001-11-30T00:00:00+0553
The next five years can be pivotal for India's future if the new government shows the imagination to carry out critical reforms. Take higher education. Till a few decades ago, this flourished thanks to the far-sightedness of our founding fathers, most notably Jawaharlal Nehru. This sector is now faltering not only because India has changed but because it has not. If we want to sustain growth and be a progressive, enlightened nation, change is imperative.

First, it has to be recognised that the quality of education cannot be raised through licensing. We learnt this the hard way in the case of the economy, which, till 1991, withered under the stranglehold of 'industrial licensing'. We must now do the same for education: remove bureaucratic entry-barriers for new colleges and universities. Some of them will be of poor quality, but that is a price we have to pay. The US has many sub-par universities. That does not detract from America's reputation as the world leader in higher education, because it is home to also the world's greatest universities.

Moreover, we forget that the market, with all its faults, plays a role. Most poorly performing colleges, if information about their performance is made easily available, will be competed out of existence. Hence, one activity of a reformed UGC should be to rate universities. Successful nations spend a lot to evaluate and rate their corporations and banks; this is vital for investment. The UGC should, likewise, produce and publicise ratings of and information about all our institutes of higher education.

Second, if a government, no matter how rich, tries to run over 300 universities with equal generosity, as currently in India, it will either have a fiscal meltdown or doom the university system to mediocrity. It follows that we have to allow for the differential treatment of universities and academics. This should be based on objective evaluation so that every individual has the same opportunity. But to expect the same outcome across all is to court failure.

Our existing system is unviable because many nations have switched over to the 'star system'—special salaries and budgets for leading institutes and academics—and also because corporate salaries have scaled new heights. Given these facts (which we may have good reason to dislike), we have little choice if we want our universities to attract ample talent. One possibility is to designate, say, 20 universities as centres of excellence and put them on a higher funding scale; another option is to select a small number of professors in each field from the entire nation and place them on a higher salary and research support. By 'higher salary' I do not mean five or ten per cent higher, but two or three times the regular professorial salary, as China has begun doing.

Third, surreptitious privatisation is a fact of our educational life. This should be brought to the open. Private colleges should be encouraged and allowed to set tuition fees as high as they choose (as long this information is public). Such colleges will end up catering to relatively rich students; but that will enable the state to allocate more money to the colleges and students under its charge.

Should we allow these private colleges to be profit-making organisations owned, for instance, by shareholders? I feel this is worth trying. A common presumption is that, if someone is interested in profit, he cannot be interested in providing good education. This is a fallacy. It is like assuming that, if Tata Motors is interested in profit, it will not be interested in producing a good small car. There are not too many examples of shareholder universities in the world. This can be a pioneering effort on the part of India and, if successful, can cause a huge infusion of funds into our higher education system. What has to be punished is cheating and misinformation—imposing special charges on students mid-stream, false advertising, as many private colleges do.

Finally, we should aim to make India a major hub for university education. Given our historic advantage in higher education and the English language, and our low cost of living, it is possible for India to attract students from around the world, including rich nations. If the tuition fee for foreign students is set at Rs 5 lakh per annum, this will be very attractive since tuition fees are three times that amount in many industrialised nations. This scheme can cause a large infusion of money, making it possible to subsidise Indian students, help tone up our universities by putting competitive pressure and, not the least, enrich our culture and that of other nations.

Deaf To The Countdown