Are the new laws against sexual harassment and rape ‘draconian’? The Tejpal debate. 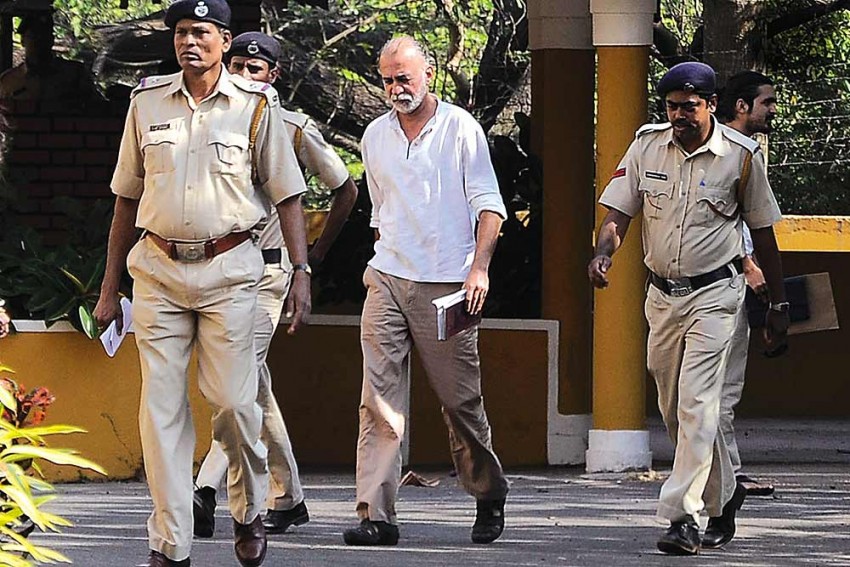 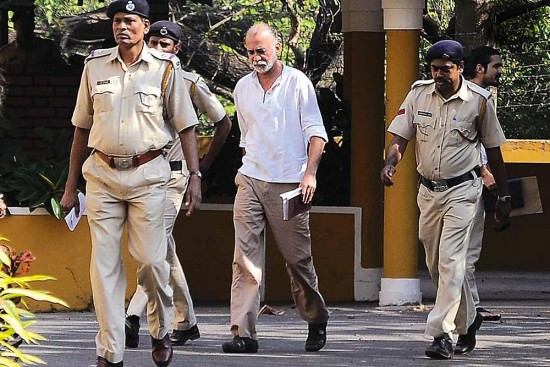 Ever since Tarun Tejpal, founder-editor of Tehelka, was arrested in November 2013 for the ‘rape’ of a junior colleague in a Goa resort, there has been plenty of debate on whether what he is accused of doing constitutes rape. With the police formally charging him so under seven sections of the new law that came into force last April, the public is taking its first good look at these provisions. The question being asked in some circles: is a 10-year prison sentence for three minutes of non-penile misconduct in a moving lift taking things too far?

The reason Tejpal and others in similar situations are feeling the heat of the Criminal Law Amendment Act, 2013, is simple: it places the woman at the centre of the legislation. The law unambiguou­sly asserts a woman’s right to her body. Any invasion of that privacy, whether with the penis (as rape was defined traditionally) or with any other object, amounts to rape. A woman’s body is her private space. Anyone who transgresses this space has to suffer the consequ­ences. Says additional soli­ci­­tor-general Indira Jaising, “The new law takes care of the scale of violence committed on women. Earlier, a lot of people were acquitted as penetration could not be proved.”

Blame it on ignorance or plain incomprehension, it is this overturning of the old order that has led to the tch-tching over Tejpal’s plight—that what he did was not rape in the classical sense of the term; that rape is necessarily penile, or at least truly physically violent. Like what happened to Nirbhaya, the intern who was raped and brutalised in a bus in Delhi in December 2012. Or to the women in Muzaffarnagar who went to a  pradhan’s house and were subjected to rape. Or what Soni Sori underwent at the hands of the Chhattisgarh police. Or what scores of women suffer in Kashmir, Manipur or other distur­bed areas, where special armed forces laws are in force.

“Tejpal happened to occupy a position of authority. Punishment is higher as the law is clear about defining coercive environment.”
Indira Jaising, Addl solicitor general

The National Crime Records Bureau recorded 25,000 cases of rape in 2012. The latest estimates suggest that a new case of rape is reported every 22 minutes. Conviction rates have historically been dismal. In 2011, when some 15,423 rape cases were tried, the overall rate of conviction stood at 26.4 per cent. The number of cases of rape have gone up in the intervening years. To Tejpal’s ill-luck, as he cries “political vendetta” at being kept in detention in a BJP-ruled state for 80 days counting, he has bec­ome the test case of the new law under the unrelenting glare of the media. (Godman Asaram Bapu’s case, though unfolding at the same time, relates to ‘traditional’ rape.)

The new law expands the old definition of rape to include a series of acts. It might be said that it serves as a measure of the scale of violence against women. For instance, Section 354 of the IPC now has an additional clause, 354(a), which states that if a man seeks physical contact and makes advances, involving unwelcome and explicit sexual overtures, makes a demand or request for sexual favours, shows pornography, or makes sexually coloured remarks, it is a straight case of sexual harassment and shall be punished with rigorous imprisonment for a term which may extend to three years, or be levied with a fine, or both. In the 2,846-page chargesheet, Tejpal has been slap­ped with 354(a) too, based on his admission in an e-mail sent to the young woman and the former managing editor of Tehelka, Shoma Chaudhury, in which he apologises for attempting a sexual liaison. This is apart from six other sections, including the one with the new definitions of rape under the various Section 376 clauses.

“The definition of rape has been expanded, as was necessary. But there has been no gradation or proportionality in sentencing.”
Madhu Mehra, Women’s rights lawyer

The sexual harassment section, parti­cularly some of its clauses, pose a problem for some lawyers. Argues advocate Raja­she­khar Rao, “What do you make of a comment like this: ‘You’re look­ing very beautiful (or hot) today’? And if the comment is repeated freque­ntly?” It all boils down to how women perceive it. If the woman ticks the man off for being too familiar—yet he continues to make such comments—it beco­mes a fit case for harassment.” Rao cautions that the clause has scope for misuse, though he clarifies that it needs to be tested as it is strictly based on the exc­hange between the accused and the woman.

It is the charge of rape brought against Tejpal that is seen as problematic by many who contest its clauses as too severe. Again, the law states that a man is said to commit rape if he penetrates a woman with his penis or any object or manipulates any part of the body of a woman so as to cause penetration. The punishment for this is imprisonment for no less than 10 years. The law also says the consent of the woman has to be unequivocal. It is in the context of consent that the law is unambiguous. Her consent has to be absolute: if she does not physically resist the act of violative penetration, it does not follow that consent has been given. It is also here that the law takes note of positions of power and authority. Tejpal has admitted to attempting a sexual liaison as an “awful misreading of the situation”.  The law leaves little scope for misreading a woman’s intention and also categorically puts the onus on the man to show that consent obtained was absolute and also does away with the “conduct” of the victim.

The law leaves little scope for misreading the intentions of a woman: the onus is on the man to show absolute consensus.

It is no longer about causing grievous injury to the woman, which is what the statute book said before amendments. “You have gone where you should not have gone. The fact is attempting an intercourse—and that is not permissible under the law,” says Rao. Adds Jaising, “In Tejpal’s case, he occupied a position of auth­ority. Punishments are higher in this, as the law is clear about defining coercive environment in the context of trust placed in men occupying a position of power.” This invited two clauses (f) and (k) of 376(2), which ups maximum punishment to 10 years.

It’s in the quantum of punishment that senior advocate Dayan Krish­nan, counsel in the Delhi gangrape case, raises issues about. “To make a law more detrimental, to my mind, is not the right approach and creates problems in the context of the underpinn­ing of criminal law—presumption of innocence. It might lead to a situation where every judge will say he will err on the side of acquittal.” Krishnan is however clear that in a more expansive definition of sexual assault, it is right that the law is from a woman’s perspective. Clearly, the new law calls for a behavioural change from men and cautions them against transgressing it.

By Anuradha Raman with Panini Anand

The Show Of Hands