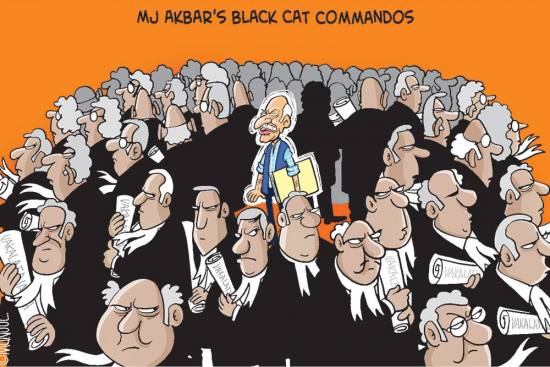 There is never a dull moment in the political theatre of Tamil Nadu. The BJP is now pushing for the creation of a united AIADMK by getting the EPS-OPS group and the TTV group to agree to a merger ahead of the 2019 general elections. Under the merger formula, the speaker will revoke the disqualification of 18 MLAs, three of whom will be ind­ucted into the EPS ministry. The party leadership will continue with the EPS-OPS group, while TTV will have to remain No. 2. The only sticking point app­ears to be what happens to Sasikala. While Amit Shah and Arun Jaitley have okayed the merger proposal, PM Modi is yet to approve it. The BJP calculates that a united AIADMK would make a stronger ally even if Rajinikanth does not come forward.

Narinder Nath Vohra, who was the first civilian governor of Jammu and Kashmir in 18 years since Jagmohan, was known for his silence and for keeping the media at arm’s length. In contrast, his successor governor Satya Pal Malik, the new incumbent in Srinagar’s Raj Bhavan, is creating quite a buzz. On the front pages of the newspapers every day, Malik is quick to come out with a statement on every issue and is easily accessible to the media. To reach out to people, he has been talking about the importance of an elected government. This app­roach, however, is not liked by his bureaucracy, which has for long avoided any scrutiny by the press. And some of his statements—such as “my government is not against militants, but militancy” and “we are ready to talk to militants”­—have hit the BJP, which is believed to have asked him to keep a low profile but to no avail. This is the price you pay for appointing a political person as governor.