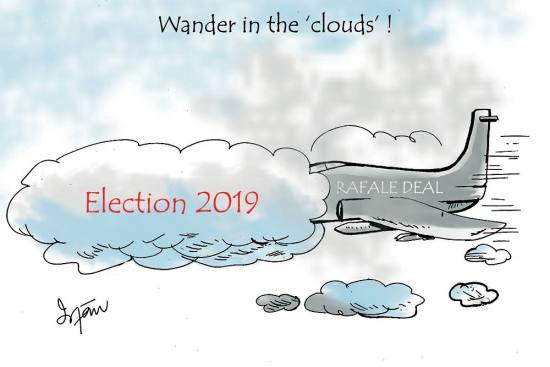 The BJP in West Bengal has a point. Building bridges is not Mamata Banerjee’s strong point and that, according to the grapevine, could be a 2019 poll issue. The falling bridges of Calcutta—three since 2013, and the latest this Septe-mber—are sparking outrage and the opposition is ratcheting up the anger. But the Trinamool Congress has a counter-strategy: bridges funded by the Centre are the weak links, while successful projects are the state’s feat. The success stories will make the poll rhetoric. But the BJP leaders say Banerjee’s recent decision to form a panel to oversee bridge projects indicate that these are state-funded. Also, they say the move to shift the blame is like painting the Fourth Bridge.

Speculation is swirling that the BJP will not give the poll ticket to Shatrughan Sinha, its MP for Patna Sahib, in the 2019 parliamentary polls. The reason: his open rebellion against the party leadership. The buzz is that deputy chief minister Sushil Kumar...