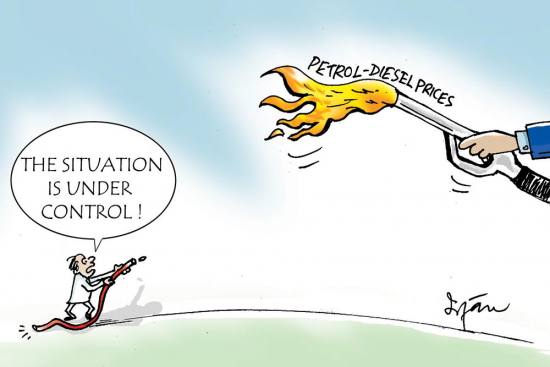 It’s not only bureaucrats who are uncomfortable due to the lateral entry of professionals into their closely-guarded system. Career politicians are also facing a threat from an increasing number of retired and serving babus seeking to join politics. Though this is not new, the trend seems to be spiking in the run-up to assembly elections in some states and the 2019 Lok Sabha polls. Recently, two retired officers joined the Congress and a young collector quit his job for the BJP, all in Chhattisgarh. This interest in the Congress has surprised the party itself. Sources say a large number of civil servants are also seeking tickets in Rajasthan, an indication that the Congress is on a strong wicket in the state.

The two national parties—BJP and Congress—seem to have hit a few rough edges in their relations with Tamil Nadu’s two Dravidian majors. Senior Congress leader Karate R. Thiagarajan openly upbraided his electoral partner DMK for not taking the...