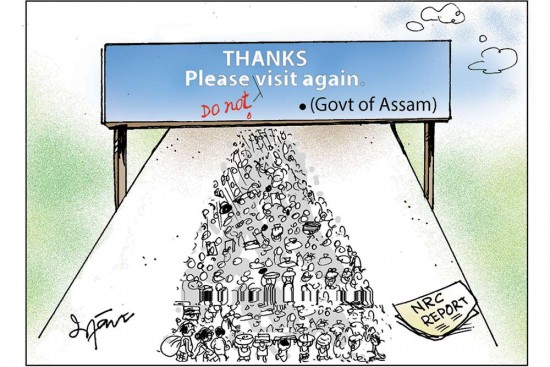 Hail to the chief

Babus in the J&K secretariat are reportedly unhappy with the new chief secretary, B.V.R. Subrahmanyam, who took over after the breakup of the BJP-PDP government. He is a hard taskmaster who uses social media to keep the press­ure on. He has made a WhatsApp group where off­icers have to give regular progress upd­ates. Officers are also bel­ie­ved to be unhappy that Subrahmanyam convenes meetings of administrative secretaries over weekends. This prevents senior IAS officers from flying to Delhi on Fridays, as most were wont to do on some pretext or the other. He has told them that if there’s an emergency meeting in Delhi, they must ­return at the earliest. They were unaccustomed to such cracking of the whip under popular rule.

The curse of anugraha

New ministers moving into government accommodation surely can’t be newsworthy, but in Karnataka it is. Generally, the curiosity begins with the chief minister’s official residence, ‘Anugraha’—the bungalow, it’s believed,  doesn’t usually appeal to incumbents. It’s the Vaastu apparently, or so goes popular lore. In any case, it’s been a while since a CM occupied the place (the previous incumbent, Siddaramaiah, stayed at the bungalow next door). But there’s more. Recently, reports had it that Opposition leader B.S. Yeddyurappa too had reason to grouse. He hadn’t been allotted his ‘lucky’ bungalow—the one he stayed in when he first ascended the CM’s chair a decade ago. Last week, the buzz was about whether the modifications being done to the bungalow allotted to PWD minister H.D. Revanna were to do with Vaastu. The minister, whose faith in these matters is well known, pooh-poohed the suggestion.