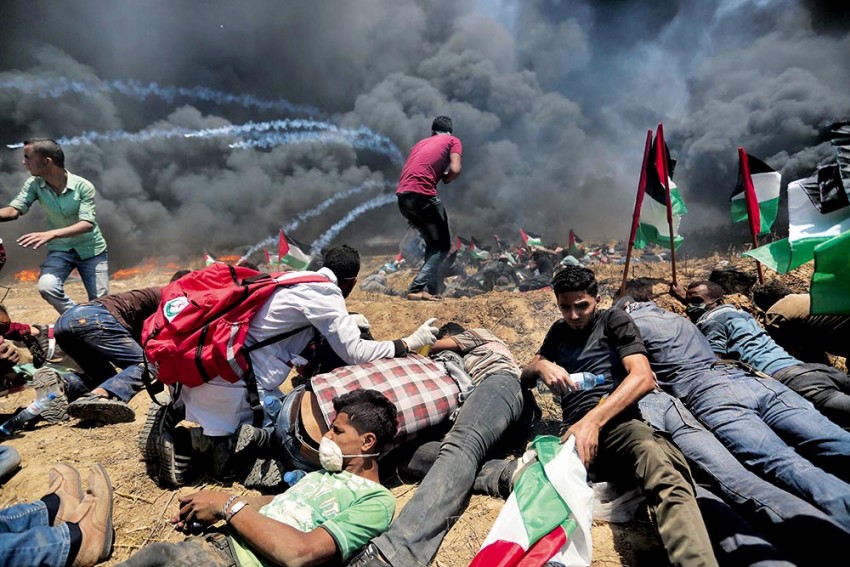 Image Of The Week
Mayhem Israeli forces on May 14 killed at least 58 Palestinians protesting against moving the US embassy to Jerusalem
Photograph by Getty Images
May 16, 2018 00:00 IST Deep Throat 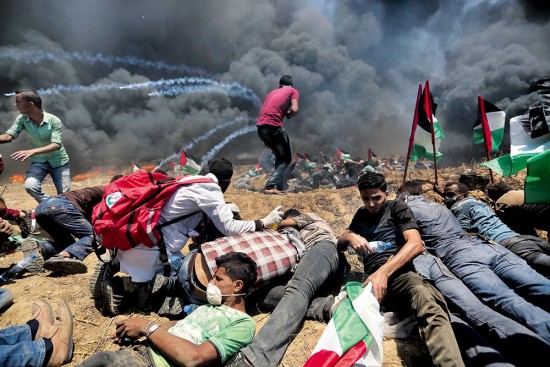 The J&K government is at odds with the Centre over the issue of ‘unilateral ceasefire’. The CM is pushing for a unilateral ceasefire with militants in view of the coming holy month of Ramzan and the Shri Amarnath Yatra. The ministry of defence rej­ected the proposal after the sec­urity forces red-flagged it, calling  it ‘foolhardy’ unless the militants res­pond and agree to a ‘mutual ceasefire’ However, the PDP is persisting, reminding its coalition partner, the BJP, that Kashmir is waiting for a meaningful outreach as the PM promised. The buzz is that Centre may agree and project it as a major confidence­-building measure with the state’s people.

The Karnataka elections gave the government a chance to test drive its Digital India initiatives. With HRD minister Prakash Javadekar being in charge of the state, his ministry work was carried out virtually. His deputy Satyapal Singh was also among the many ministers drafted for election duty. Both HRD ministers inaugurated projects via video link. One of these was Unnat Bharat, in which university lecturers go to villages to learn about problems faced by rural people. Both Javadekar and Singh sent pre-recorded video messages that were played at the event. Word is that many ministers took the video link route. As the electoral chariot rolls across the countryside in the coming months, exp­ect more long-distance launches to take place in the capital.

Tamil Nadu Congressmen are unhappy with their state president Su. Thirunavukkarasar for jumping the gun on the Karnataka election results. The TNCC president was quick to attribute the BJP’s victory to money power even before the final tally was out. So, when the Congress entered into a pact with the JD(S) in an effort to deny the BJP a shot at power, Thirunavukkarasar looked foolish. With his position alr­eady shaky due to strained relations with the DMK, the TNCC chief seems doomed after this slip. The frontrunner to replace him is former MP Peter Alpho­nse, who’s waited for over a decade to occupy the post.

The Cart Can’t Pull The Horse