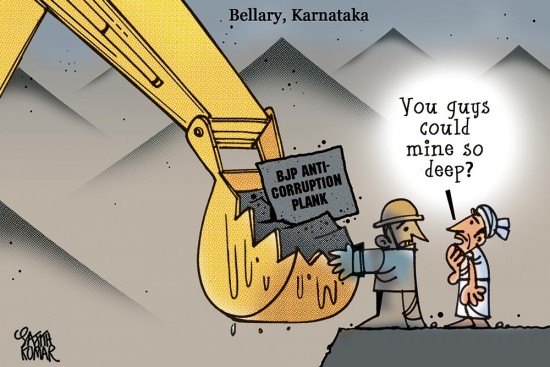 Handpicked by the PM to be foreign secretary, S. Jaishankar was one of India’s most powerful bureaucrats until retirement. But now he is the whipping boy. Apparently, many are now putting the blame for strains in Indo-Nepal ties squarely on his shoulders. He was indeed the face behind the 2015 trade blockade but the idea wasn’t his, say South Block sources. But as PM Modi emb­arks on his relation-mending Nepal visit, much of the past problem can now be conveniently attributed to the former foreign secretary. Jaishankar’s absence comes in handy, more so it seems for some close aides of Modi than the PM himself.

In a recent meeting, J&K CM Mehbooba Mufti lambasted bur­eaucrats over growing corruption and nepotism. She reportedly accused them of turning her into Manmohan Singh— the only honest person while others indulge in corruption. She sought a list of all officers facing corruption charges. She was apparently shown the previous list, of officers who were dismissed from the government on corruption charges but were later reinstated by the courts. Mufti is then believed to have said she had a long list of serving senior officials who indulge in large-scale corruption. “She has the list and knows who is corrupt. Then she should transfer them to insignificant posts. She doesn’t really have to act like Manmohan Singh by not acting,” says an officer.

‘Who you Know’ Strategy

With Lok Sabha elections scheduled next year, the burgeoning ranks of political strategists see fresh opportunities. A prominent election strategist credited with revolutionising campaigns in the country has app­arently been trying to get in touch with senior BJP leaders to bag a lucrative contract....