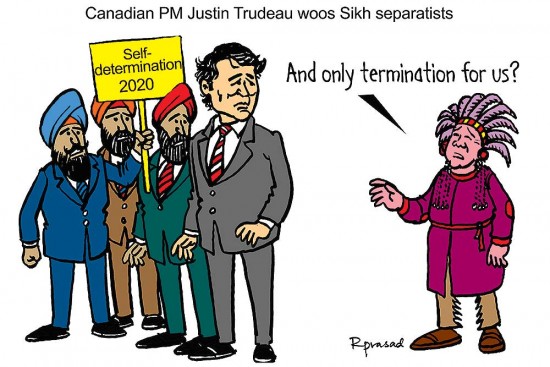 Holding Out For A Hero

The DMK has seen the arrival of one more son—Ud­a­yanidhi Stalin , who ann­ounced at a party function that he would play a more active role in politics. The entry of Udayanidhi, a film prod­u­cer and hero in half a dozen passable films, is all­eged by some family members to be aimed at checking the rise of Kani­mo­zhi, who has found greater acceptability after her acquittal in the 2G case. If Stalin exp­ects Udayanidhi to take on Rajnikanth and Kamalahaa­san as well, he should recall how his step-brother M.K. Muthu flopped badly when Karunanidhi fielded him against MGR in the ‘70s.

Even as NDA allies at the Centre are complaining about not being treated well by the dominant partner, the BJP, the ruling coalition in J&K is working around the disagreements. Both the PDP and the BJP continue to cater to their respective—and mostly contradictory—constituencies, and yet run the government together. Chief...