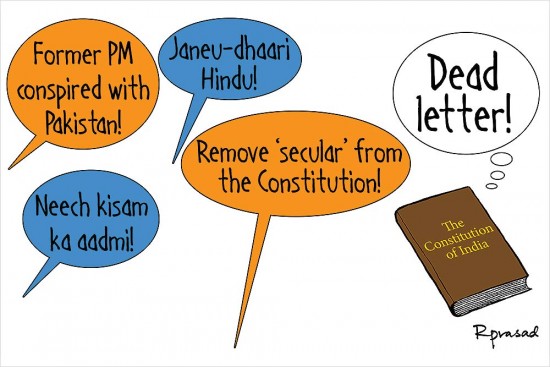 Daily At His Service

The preferences of a certain governor have forced the adm­inistration to be on its toes more than usual. His rev­iew mee­tings at various district HQs are a challenge for officials. As he prefers to travel by train, a police team led by an SP has to accompany him and the coaches next to his salon car have to be sanitised. The governor also reads Hindi dailies wherever he is. When officials found the dailies were not available loca­lly during his rec­ent trip to a district, they sent a car to a neighbouring state to fetch them. Now, local news agents are alerted to ens­ure the dailies are around bef­ore the ­governor’s arrival.

The Jammu and Kashmir government’s 16-page diktat, laying down soc­ial media rules for its 4.5 lakh employees, has left most people bemused. The guidelines debar employees from posting anything political or accept friend requests from strangers. The opposition NC accuses the PDP-BJP government of double...