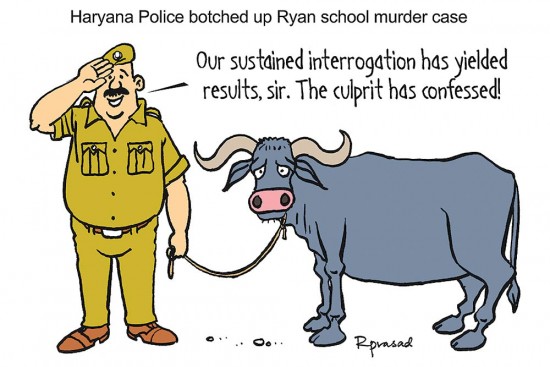 Avoiding Nehru Guest House, perhaps because the BJP would be discomfited by the name, Kashmir’s government has furnished interlocutor Dineshwar Sharma with a residence believed to be jinxed. Hari Niwas Palace was built by Maharaja Hari Singh for his wife Tara Devi against the adv­ice of priests and astrologers. The Maharaja had to flee during the tumult of 1947-48. In the ‘90s, the palace was an int­errogation centre, but even the forces deserted it. Ghulam Nabi Azad renovated it in 2005, making it the CM’s residence, but this was short-lived as the PDP withdrew support. Can Sharma ward off the jinx?

Into The Dragon’s Air

With the national capital choking under the blanket of heavy smog, officials in the environment ministry are believed to be planning a visit to Beijing to study the measures deployed by China to fight pollution during winters when it is at its worst. Beijing has claimed that its new measures will result in a winter that will be the cleanest in a long...