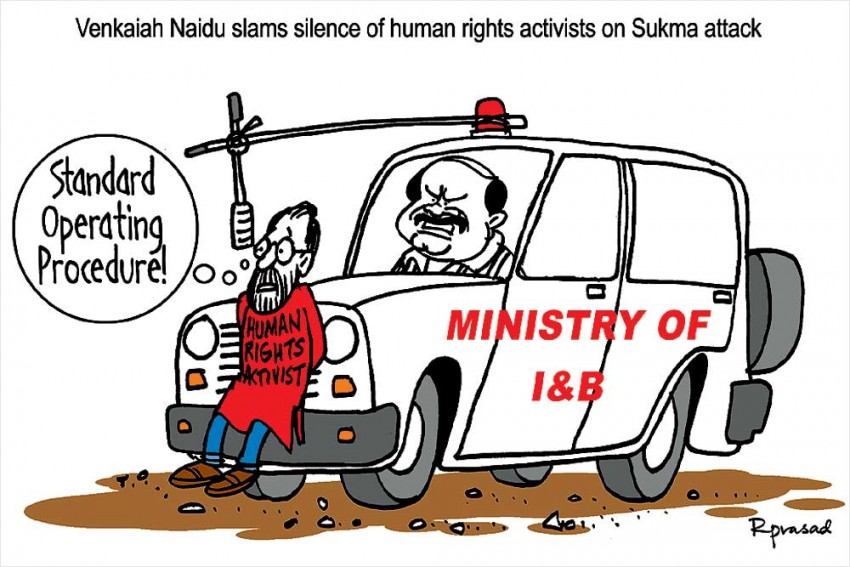 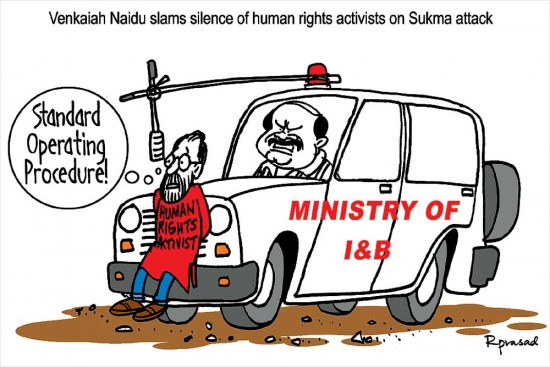 As the NDA government completes three years in office on May 26, cabinet ministers have been asked to brief the media on their top five achievements, with focus on those that have benefited the people. External affairs minister Sushma Swaraj, sources say, has been asked to coordinate with her colleagues and ensure at least one minister is ready for the briefing every Friday. Buzz is the information and broadcasting ministry plans to compile the successes and publish a booklet to commemorate three years in power. No big celebrations, though, as the government wants a quiet beginning of the fourth year.

Telangana’s IT and municipal administration minister K. Taraka­rama Rao is quite active on Twitter and uses it to promptly address issues faced by the public. It didn’t, however, help KTR, whose influence is said to be surpassed only by his father, CM Chandra­sekhara Rao, to solve a major difficulty Hyderabadis are facing these days. A day before the release of Baahubali 2, a canny netizen had this request: “Sir, in your regime almost all the problems of a common man have been solved here itself. Except #Bahubali2 tickets. Need 2 tickets pls.” “Yup, that’s the existential problem now,” replied KTR, with a smiley. For the first few days post-release, his government allowed theatres to run five daily shows instead of the usual four.

Textile minister Smriti Irani has an abiding interest in Amethi, where she took on Rahul Gandhi in the Lok Sabha polls. She tweeted on May 2 about a hospital guest house, which was used by the Congress leader for “political purposes finally being vacated after “three years of persistent efforts”. Sources say she was referring to the plush guest house of the Sanjay Gandhi Hospital in Munshiganj, which was used by the Congress’ first family as a base for their political activities in the area. Unsurprisingly, Irani didn’t forget to tag the CM and health minister of UP.

Overheard “Gone are the days when there was a beeline to donate funds for the Congress,” laments a senior party leader. “Now the industrialists are not even picking up our telephone calls.”