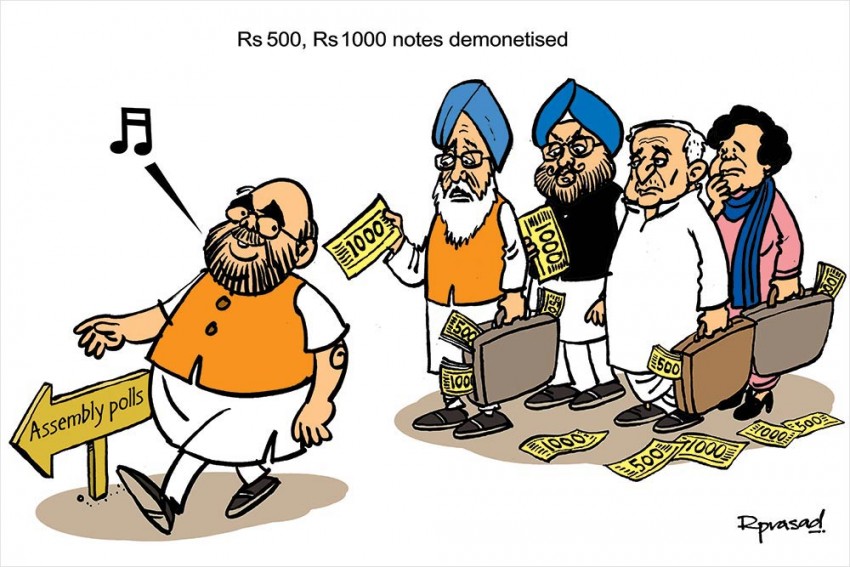 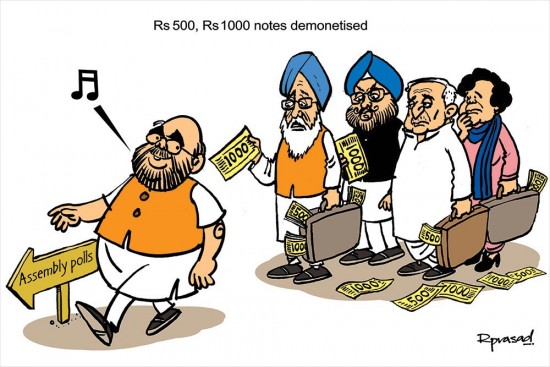 This year, former Bihar chief minister Rabri Devi, who unfailingly celebrates Chhath puja, gave it a miss. After the marriage of all her seven daughters, she apparently has no one to help her with the puja. She is likely to resume only after finding suitable bahus for her two minister-sons, Tej Pratap and Tejashwi Prasad. The grapevine has it that a hunt is on for brides for the two eligible bachelors. There’s talk that Tej Pratap may marry yoga guru Baba Ramdev’s niece, strengthening ties between the Baba and Lalu Prasad Yadav, who had earlier this year endorsed one of Patanjali’s beauty products.

Uttar Pradesh
Me, Myself, My Voice

This year, Sahara’s Diwali gift drew a few titters—a wire basket (filled with the usual chocolates and sweets) that lit up on touch and had a spherical Bluetooth-enabled speaker. No prizes for guessing what the speaker would play: the voice of Saharashri Subrata Roy, who is well known for promotional sprees revolving around himself. This is just one of the many brand-building exercises Sahara has engaged in since Roy’s release from Tihar jail. Recently, tennis star Sania Mirza and Olympic silver winner P.V. Sindhu spent a day each in Sahara City, once home to the Indian cricket team at the time the Team India was sponsored by Roy’s company. Here’s a case of one man trying really hard to be heard.

Senior BJP leaders are saying Varun Gandhi should visit an astrologer. Perhaps his stars are unfavourable, or maybe, they say, he should just join the Congress. Varun does not seem to have many friends in the party, maybe because of his unbridled ambition. No one supported the Sultanpur MP when he found himself in the middle of allegations of being honey-trapped by arms dealer Abhishek Verma. Before the controversy, Varun was busy building up his profile in UP by offering financial support to debt-trapped farmers. Suddenly, he’s below the radar, and no one seems to be looking for him.

Overheard The Reliance Jio Lyf mobile of an aide to former J&K CM Omar Abdullah burst into flames. Shades of the exploding Samsung Galaxy Note phones. Next round of WhatsApp jokes?

Memsaab And The Maid