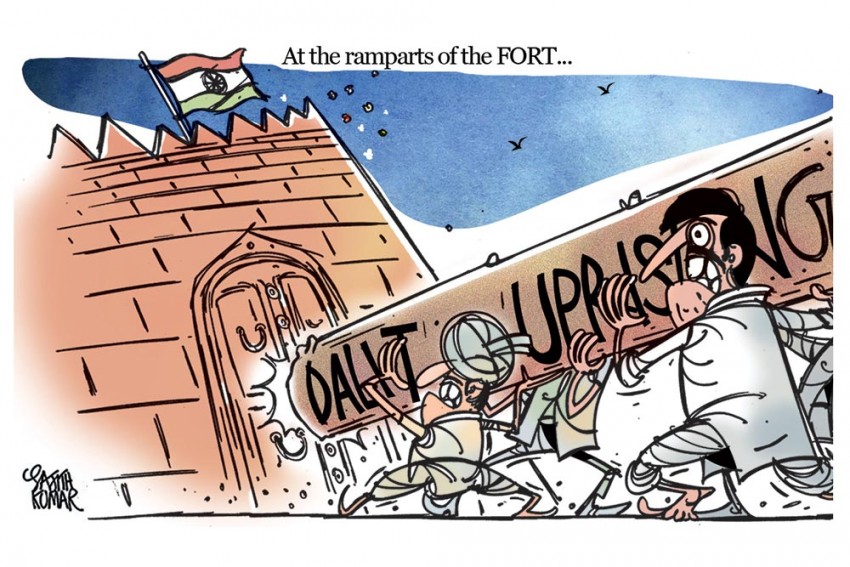 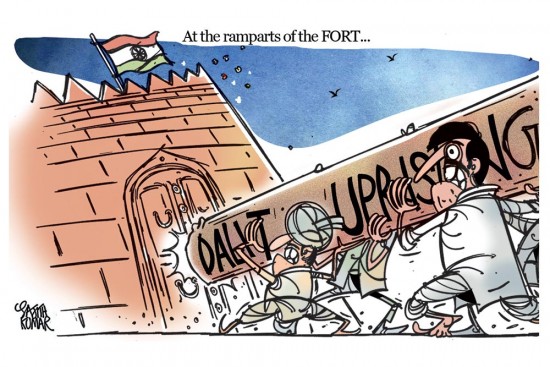 Professional politicians are compared to professional wrestlers, who often pretend to hurt each other. Therefore, when the chief ministers of Telangana and Andhra Pradesh, along with the enfant terrible of Andhra Pradesh politics, Jaganmohan Reddy, turned up at the Raj Bhavan on Independence Day for the governor’s ‘at home’, other guests followed them with a hawk eye, hoping for sparks to fly. But to their disappointment, KCR and Chandrababu Naidu chatted amiably. And, although Reddy greeted KCR effusively, he dismissed Naidu with a wave of his hand.

Is Governor N.N. Vohra, an old Kashmir hand, about to be made a scapegoat for disturbances in the Valley? With curfew continuing in the Valley for six weeks and the civilian death toll rising to 65, the buzz is that a former IPS officer, whose tenure in Kashmir was controversial, is about to replace Vohra in the Srinagar Raj Bhavan. Informed sources, however, claim that Vohra in his report had warned the Centre of the volatile situation over six months ago. He had specifically mentioned about south Kashmir emerging as a hotbed of militancy. But the home ministry ignored the warnings, possibly because the Raj Bhavan felt that a major factor for the spurt was the PDP-BJP coalition in the state.

While the BJP-RSS think-tank has fast-footed the revival of Hindustan Samachar, the moribund news agency, the Congress appears still undecided about reviving The National Herald. Should it be revived as a newspaper? If so, should it come out from New Delhi or from Lucknow? With the party facing a severe cash crunch, experts are being consulted on finalising the most ‘economical’ platform. But, with the party vice-president ruling out the involvement of industrialists willing to loosen their purse strings, the options before the grand old party appear to be limited.

Heard Despite all the prohibition talk by the Bihar government, the governor is said to be sitting on the new Excise Act and the Patna High Court is yet to give a judgement on the petition challenging it.