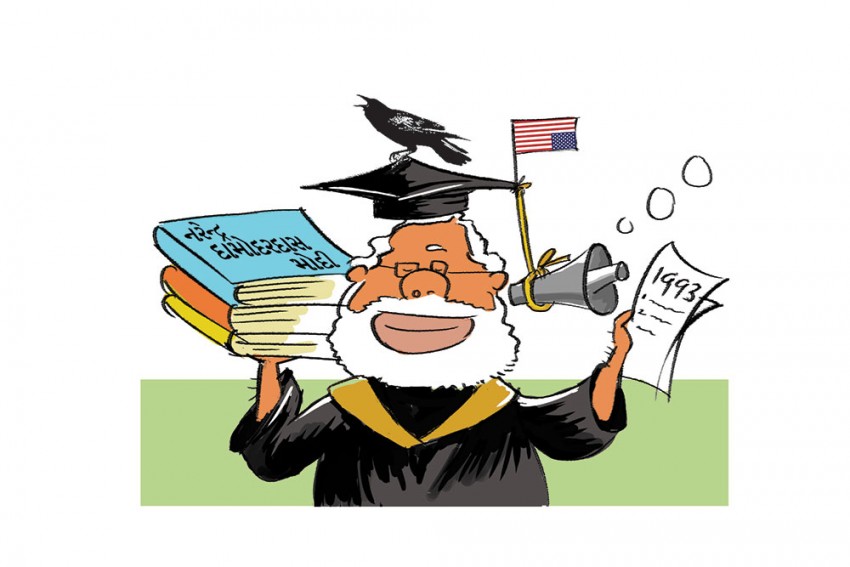 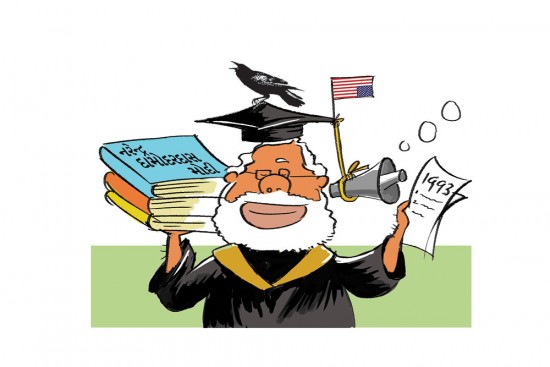 Caught in its own labyrinth, AAP seems to have given up on its quest to disprove PM Narendra Modi’s educational claims. But faraway in Washington DC, state department officials seem to be stepping in to fill the breach. Participants at the 2016 Professional Fellows Program were provided a photocopy of Modi’s itinerary when he took part in a similar program in 1993. His bio reads: “He holds a Masters in Political Science. He is also the author of a number of books in the Gujarati language and has had more than 100 articles...in Gujarati weeklies.” Moral: Modi’s claims on his MA have been consistent.

Lok Sabha TV is abuzz with rumours that a cleansing spree is in the offing to replace Congress appointees with people with RSS/BJP leanings. Executive producer (programme) Dhiraj Singh’s head is believed to be on the block. Attempts to shunt out Singh, a former Outlook staffer, had been on since Sept-Oct 2015, but they never fructified. Is the pressure from the RSS this time then? Last year, two well known names were removed—Paranjoy Guha Thakurta and Nilanjan Mukhopadhyay—both former Speaker Somnath Chatterjee’s appointees.

A major worry is pestering security agencies in Kashmir: How to deal with the situation arising from the ‘imminent’ death of Hurriyat leader Syed Ali Geelani. The 87-year-old patriarch often keeps unwell. The grapevine is that agencies have mulled many options to deal with the situation. If the death occurs during the night, the next morning people would find themselves locked in their homes. Logs of poplar would be placed across the roads leading to Geelani’s residence in uptown Srinagar. There’s fear that Geelani would be buried in the martyrs’ graveyard in downtown Srinagar. The buzz is that leaders of the Geelani-led Hurriyat faction have been roped in to ensure his peaceful burial near his residence.

Press Trust of India may have loudly rebuffed efforts to foist BJP-friendly journalists as candidates for editor-in-chief of the news agency when the vacancy arises. But that does not mean attempts have altogether come to an end. The buzz in North Block is that the owners of at least two major English media groups have fallen in line after the ED, which comes under the finance ministry, was let loose upon them. Result: The TV station owned by one of the barons has virtually ended up as a BJP mouthpiece, and the newspaper owned by the other has had to temper its coverage.

Heard PM Modi sought permission for a six-member delegation to accompany him  for bilateral talks with Barack Obama in the Oval office. Only three got the go-ahead, including NSA Ajit Doval.

Overheard At the condolence meeting for a party leader’s kin, a Congress money-handler sought funds for the party coffers, only to be rebuffed with, “At least aise maukon pe to chod deejiye...”

In Praise Of The Arctic Tern