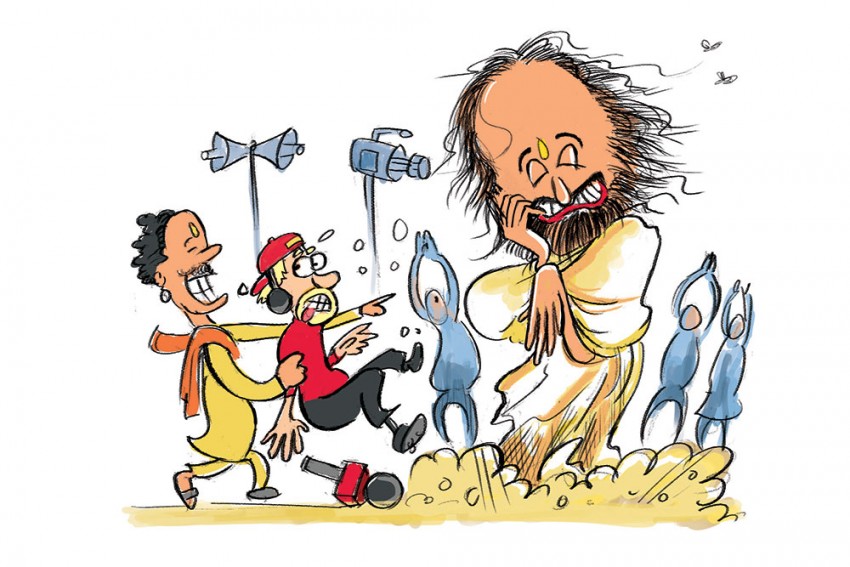 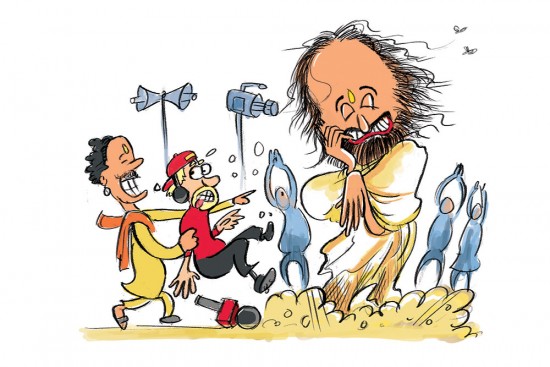 International media coverage of the Art of Living’s culture fest on the Yamuna flood plains has revived old memories. A journalist with the BBC in London recalled how foreign journalists were hounded in Allahabad during the Purna Kumbh mela in 2000 to interview a “bright, young sadhu”. While they did not show much interest then, some are ruing the missed chance: the sadhu turned out to be Sri Sri Ravi Shankar. What intrigued foreign correspondents at the time was that lobbying for SSRS was being done by the marketing team of a large media house, which continues to be generous to the guru.Jammu & Kashmir

They may be seeking azadi from India, but when it comes to buying property, Delhi remains the dream destination for Kashmir’s separatist leaders. Most of the top leadership, including hardline Hurriyat chief Syed Ali Geelani, owns properties in Delhi. Recently, another top leader purchased a bungalow in the posh Hauz Khas area, with a furnisher’s bill of Rs 60 lakh. Yet another Hurriyat leader is said to own at least five flats. “It seems our leaders are in a race to buy bungalows in Delhi. Do they really believe in azadi?” a second-rung leader asked.

Prime Minister Narendra Modi’s dream to make the Ganga in Varanasi pollution-free is yet take off. An eco-friendly boat was kept on display during a recent visit to his Lok Sabha constituency, but it is not in working condition. Apparently, it’s not funds that are an issue. The problem is that the city’s municipality is yet to hold discussions with stakeholders and the route for the boats is also yet to be mapped out. Meantime, the Union tourism ministry is planning to put the eco-friendly boats to good use. They will skim the waters, collecting the garbage and the offerings from devotees that are made from the ghats. Discarded flowers will be recycled into incense sticks.

The buzz is that M.V. Nikesh Kumar, MD and editor-in-chief of Reporter, a Malaya­lam TV news channel, may be given a ticket to contest from Azhikode for the Left in the coming assembly elections. His father M.V. Raghavan, once a CPI(M) leader, had been expelled. He formed the Communist Marxist Party (CMP) and joined hands with the Congress-led UDF. After his death, CMP split, one faction staying with UDF and the other aligning with LDF. Now, Kumar is poised to join the Left even as rumours suggest that the Congress may be trying to help him in a cheating case.

Heard Roopa Ganguly, who played Draupadi in the 1980s hit TV series ‘Mahabharath’ and has emerged as the face of the BJP in Bengal, has roped in a man called Arjun in her publicity team

Overheard Former Delhi police commissioner B.S. Bassi, who said he would read and research on sedition after retirement, is rumoured to have met BJP general secretary Ram Madhav recenly